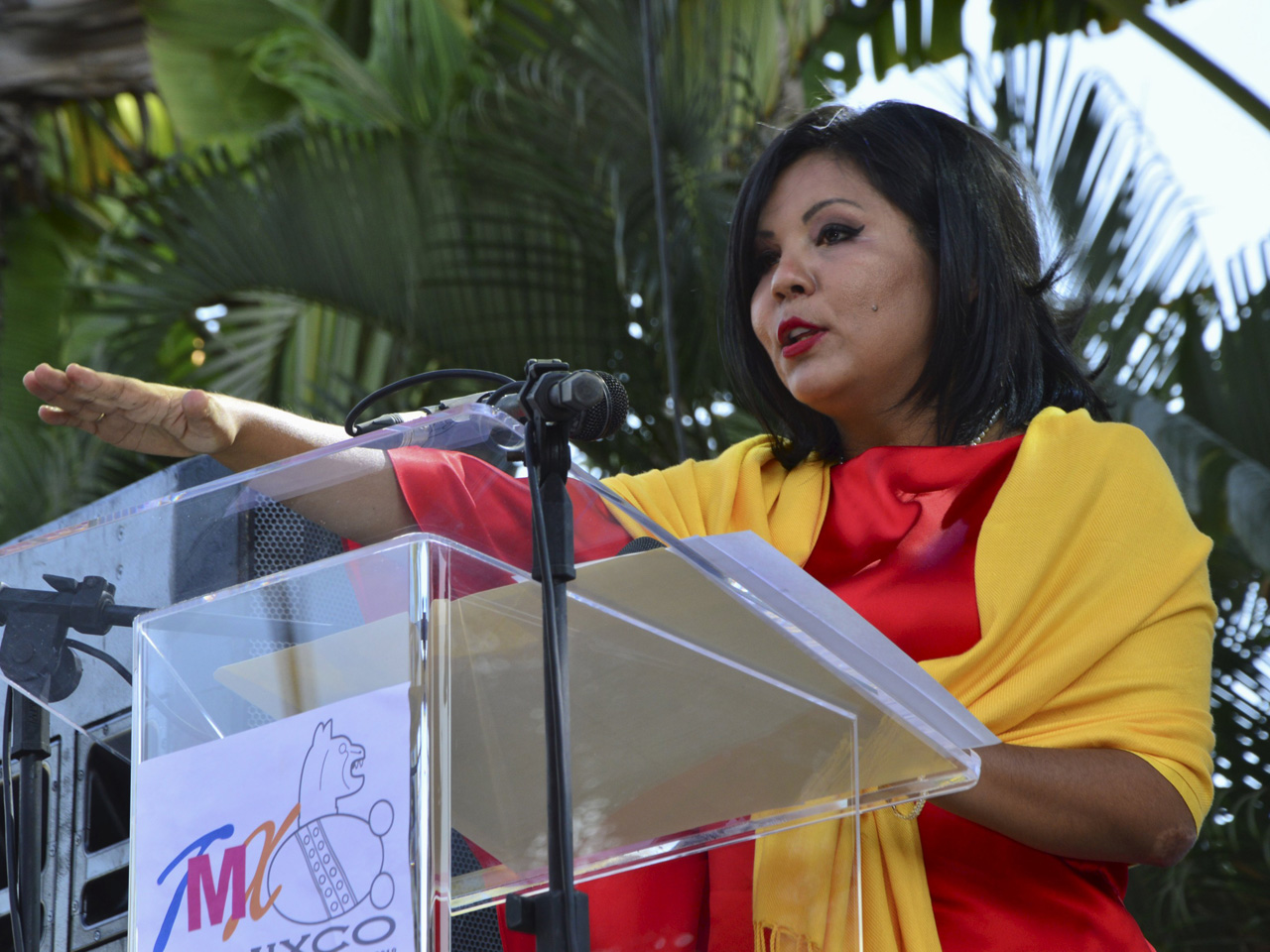 MEXICO CITY - The mayor of a city south of Mexico's capital was shot to death on Saturday, less than a day after taking office, officials said.

Gunmen opened fire on Mayor Gisela Mota at her house in the city of Temixco, said the government of Morelos state, where Temixco is located. Two presumed assailants were killed and three others detained following a pursuit, said Morelos security commissioner Jesus Alberto Capella. He said the suspects fired on federal police and soldiers from a vehicle.

Mota's leftist Democratic Revolution Party released a statement describing her as "a strong and brave woman who on taking office as mayor, declared that her fight against crime would be frontal and direct."

Temixco is a city of about 100,000 people neighboring Cuernavaca, a resort and industrial city which has been suffering kidnappings and extortion linked to organized crime groups. Though Cuernavaca is the capital of Morelos, Temixco is the seat of several state institutions including the Public Security Commission, which coordinates state and local police forces. Morelos also neighbors drug cartel-plagued Guerrero state.

Mota, who had been a federal congresswoman, was sworn into office on New Year's Day. She was killed the following day.

Morelos Gov. Ramirez vowed there "would be no impunity" in her killing and promised that state officials would not cede to what he described as a "challenge from criminals."

Federal and state forces are deployed in Cuernavaca and municipalities near the Guerrero state border in what is called operation "Delta."

Capella did not provide more details about the attack on Mota, but said that when the suspects were detained, authorities found a 9-millimeter gun, an Uzi, ski masks and an SUV with Mexico State license plates.

Morelos Attorney General Javier Perez Duron said the detained suspects have been tied to other crimes, but declined to provide more details.