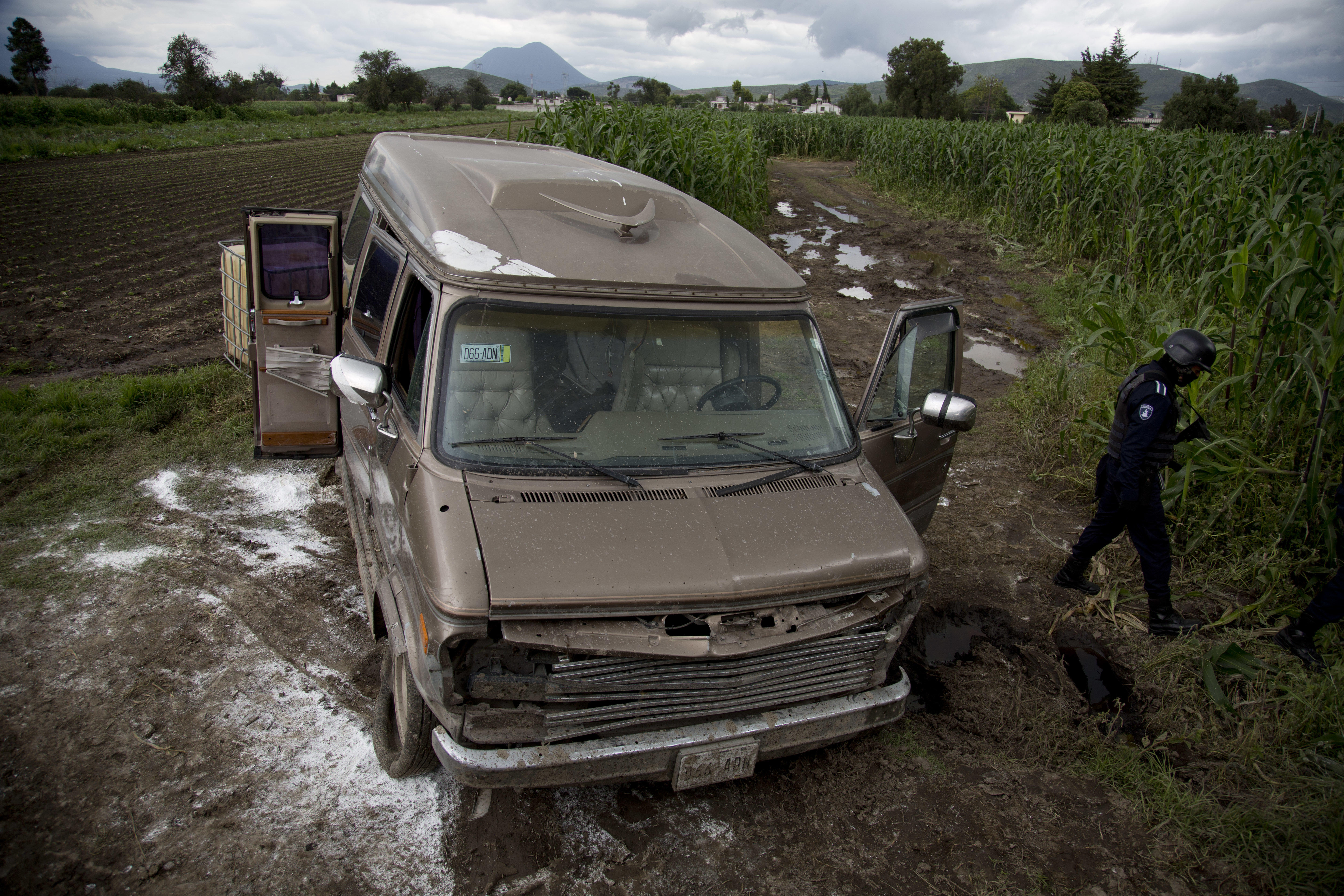 MEXICO CITY -- A leader of a Mexican fuel-theft gang was shot to death at a hospital where he was undergoing plastic surgery to change his appearance, authorities said Thursday.

Puebla state prosecutors said Jesus Martin, a woman and two other men were killed at the hospital Monday, apparently by members of his own gang.

The killing comes amid an upsurge in bloodshed involving pipeline thieves in the state, where at least 16 people have been slain this week in apparent disputes between gangs. The most recent killings claimed four victims on a rural road Tuesday in Palmar de Bravo, a township known as a center for fuel thieves.

Fuel thieves drill an average of 28 illegal pipeline taps every day in Mexico. State authorities have said the gang fighting has occurred in part because a police crackdown that has made it harder to steal fuel.

The main suspect in Martin's killing has also been implicated in the slayings of five people in the town of Tlaltenango, in a vacant lot that apparently served as a base for fuel thieves, officials said.

Prosecutors also said that Martin had tried to have his fingerprints removed and that doctors at the hospital in the state capital were being investigated for possible complicity.

In 1997, drug lord Amado Carrillo Fuentes died while having plastic surgery to change his appearance. His associates suspected the doctors intentionally caused his death.