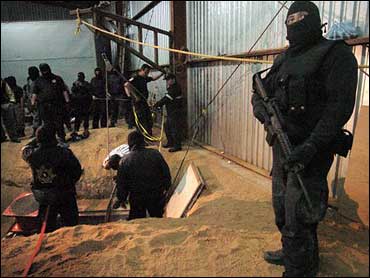 Noe Ramirez is the highest law enforcement official detained yet as part of Mexico's sweeping effort to weeding out authorities who allegedly shared police information with violent drug smugglers.

Attorney General Eduardo Medina Mora told reporters Friday that Ramirez accepted $450,000 from drug traffickers, and that cartel leaders offered to pay him monthly for alerting them to planned police operations.

Ramirez was named to the post in 2006 when Calderon took office. He resigned in a department shakeup in July.

With his detention, five top officials and two federal agents have been detained so far this year for alleged drug ties.