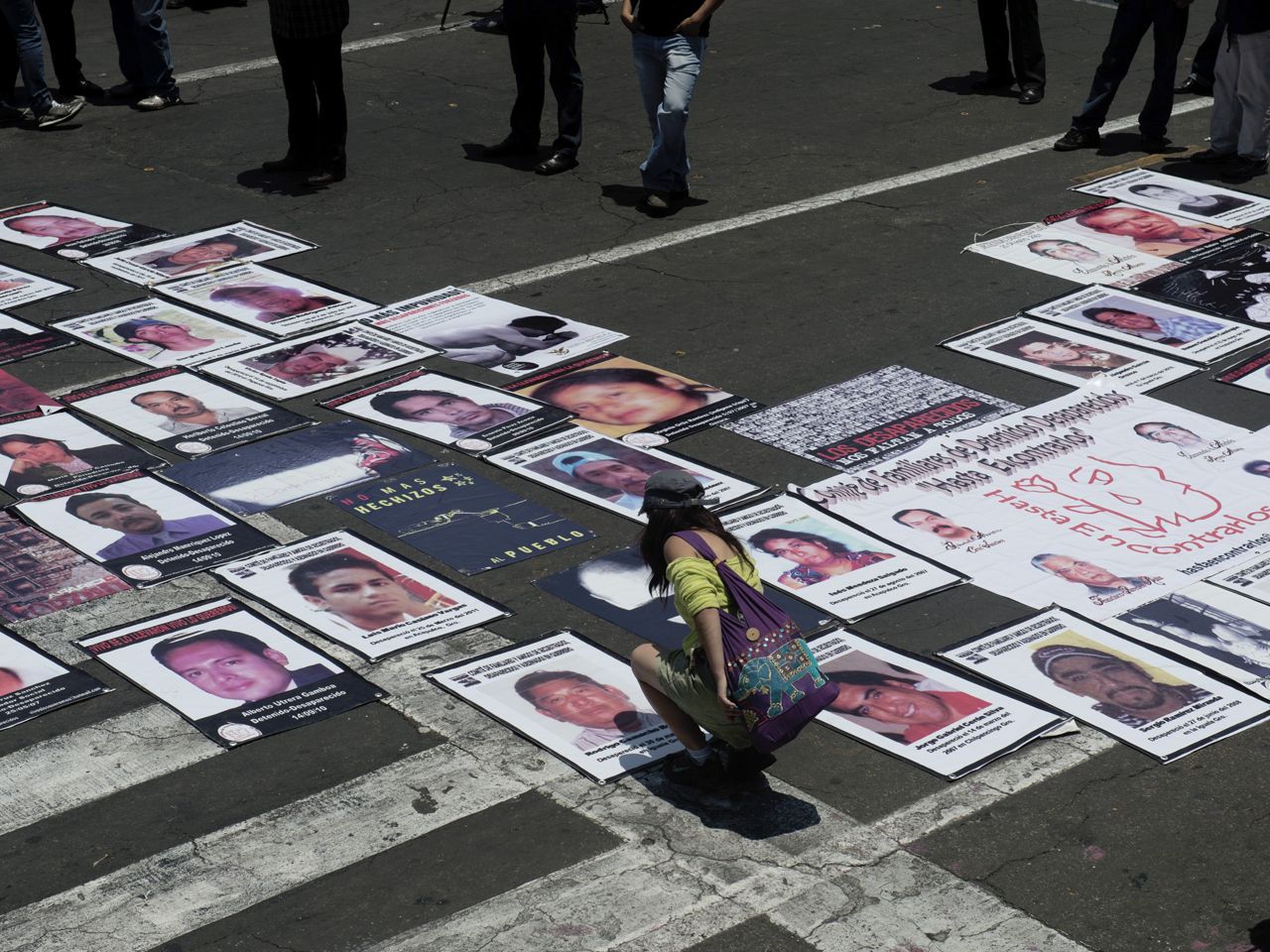 Lia Limon, the Interior Department's subsecretary for human rights, says the list used data from local prosecutors across Mexico, and includes people reported missing for any reason during the previous administration. It doesn't include information collected after November 2012.

The list has been a subject of controversy in Mexico for weeks. After Limon said last week that some 27,000 were missing, a member of Calderon's administration disputed the figure, saying the only registry on disappeared people contains 5,319 names. Limon said the government would work to compare the official list with others assembled by government agencies and rights groups.

Just last week, a new Human Rights Watch report called Mexico's anti-drug offensive "disastrous" and cites 249 cases of disappearances, about 149 of which include evidence of being carried out by the military or law enforcement.

The report says the forced disappearances follow a pattern of security forces detaining people without warrants at checkpoints, homes, workplaces or in public. When families ask about their relatives, security forces deny the detentions or instruct them to look elsewhere.

"Virtually none of the victims have been found or those responsible brought to justice, exacerbating the suffering of families of the disappeared," Human Rights Watch said in a press release.

The report accused former President Felipe Calderon of ignoring the problem, calling it "the most severe crisis of enforced disappearances in Latin America in decades."

Mexico's Interior Department oversees domestic security and it declined to make an immediate comment about the report.

The newspaper Reforma, one of several media outlets that count murders linked to organized crime, said that in December, the first month of the new government, there were 755 drug-related killings, compared to 699 in November. In Calderon's six-year term, some 70,000 people lost their lives to drug violence, the newspaper reported, with at least 20,000 believed missing.

It's difficult to say if drug violence has risen in Mexico under the new regime of President Enrique Pena Nieto, because the government no longer provides numbers, something that started under Calderon, who last released drug-war death statistics in September 2011.