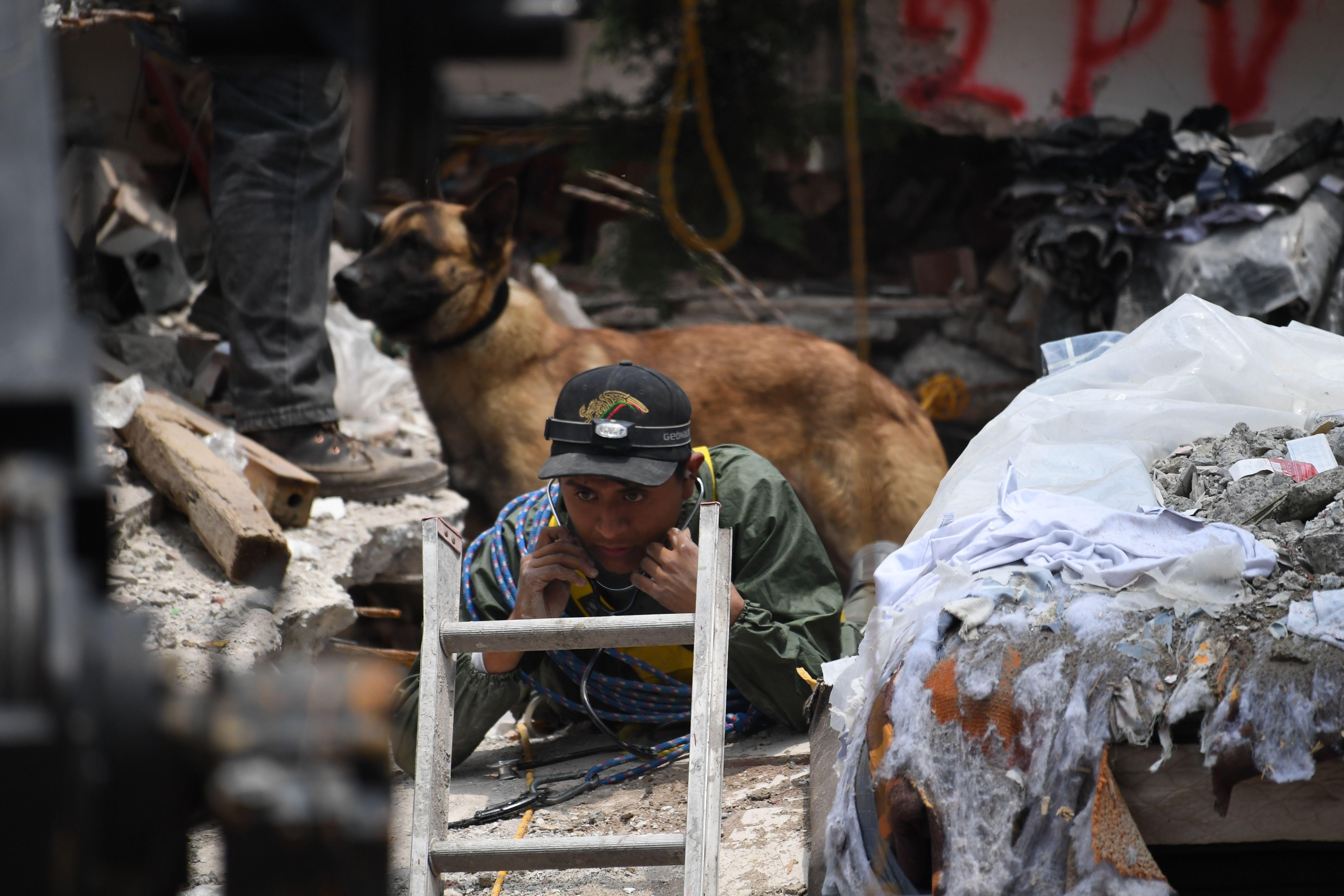 MEXICO CITY -- Survivors are still being pulled from rubble in Mexico City as rescue operations stretch into a fourth day Friday, spurring hope among desperate relatives gathered at the sites of buildings collapsed by a magnitude 7.1 earthquake.

Mexico's federal police said several people were lifted out of the debris of two buildings Thursday. Rescuers removed or broke through slabs until they found cracks that allowed workers to wiggle through to reach the victims, then lift them to safety. The city government said 60 people in all had been rescued since the quake hit at midday Tuesday.

Still, with the hours passing, fewer victims were being found alive, and the official death toll rose to 286 in Mexico City and several nearby states, with 148 killed in the capital alone.

The time was nearing when rescuers would be replaced by bulldozers to clear rubble, but officials went to great pains to say it was still a rescue operation.

The federal civil defense director, Luis Felipe Puente, acknowledged that backhoes and bulldozers were starting to clear away some wrecked buildings where no one had been detected or where teetering piles of rubble threatened to collapse on neighboring structures.

"It is false that we are demolishing structures where there could be survivors," Puente said. "The rescue operations will continue, and they won't stop."

Those who witnessed the buildings collapse said the tragedy could have been much worse. Some buildings didn't fall immediately, giving people time to escape, and some shattered but left airspaces where occupants survived.

In other cases, the salvation seemed almost miraculous.

Security guard Felix Giral Barron said that after the quake started, he had time to run and tell people to evacuate his building. Then an entire apartment building across the street crumbled and a big tank of heating gas on its roof slid off, but didn't explode.

"The 550-pound gas tank got caught by the trees on the street, and that prevented it from exploding," he said.

What was not miraculous was the disappearance of one of the most dearly held hopes, the belief that a small girl trapped in a collapsed school had been contacted by rescuers.

Since early Wednesday, the nation's attention had been glued to the search for her in the rubble of the school in southern Mexico City. Rescuers told reporters that a girl, identified only as Frida Sofia, had signaled she was alive deep in the rubble by wiggling her fingers. Rescuers said they even spoke with her.

The child became a symbol of hope, but no family members came forward to identify the girl, and officials said no girl by that name was registered at the school.

On Thursday afternoon, navy Assistant Secretary Enrique Sarmiento announced that while there were blood traces and other signs suggesting someone could be alive beneath the school, all its children had been accounted for.

"We have done an accounting with school officials and we are certain that all the children either died, unfortunately, are in hospitals or are safe at their homes," Sarmiento said.

He said 11 children had been rescued and 19 had died, along with six adults, including a school employee whose body was recovered just before dawn Thursday.

"We want to emphasize that we have no knowledge about the report that emerged with the name of a girl," Sarmiento added. "We do not believe - we are sure - it was not a reality."

In fact, he said, the only trace rescuers had were images from a camera lowered into the rubble that showed blood tracks where an injured person apparently dragged himself or herself.

Sarmiento said the only person still listed as missing was a school employee. But it was just blood tracks - no fingers wiggling, no voice, no name. Several dead people have been removed from the rubble, and it could have been their fingers rescuers thought they saw move.

Sarmiento later apologized for being so categorical, saying if anyone was still trapped could be a child or an adult.

"The information existing at this moment doesn't allow us to say if it is an adult or a child," Sarmiento said. "As long as there is the slightest possibility of someone alive, we will continue search with the same energy."

Alfredo Padilla, a volunteer rescuer at the school, played down the importance of the revelation that there was no trapped child.

"It was a confusion," Padilla said. "The important thing is there are signs of life and we are working on that."

And hope burned on.

Outside a collapsed office building in the trendy Roma Norte district, a list of those rescued was strung between two trees. Relatives of the missing compared it against their own list of those who were in the building when the quake struck - more than two dozen names - kept in a spiral notebook.

Maria del Carmen Fernandez's 27-year-old nephew, Ivan Colin Fernandez, worked as an accountant in the seven-story building, which pancaked to the ground, taking part of the building next door with it.

She said the last time the family got an update was late Wednesday, when officials said about 14 people were believed to be alive inside. Three people have been rescued from the building since the quake.

"They should keep us informed, because I think what kills us most is the desperation of not knowing anything," Fernandez said as her sister, the missing man's mother, wept into her black fleece sweater.

Referring to rumors that authorities intended to bring in heavy machinery that could risk bringing buildings down on anyone still alive inside, Fernandez said: "That seems unjust to us because there are still people alive inside and that's not OK."

"I think they should wait until they take the last one out," she said.