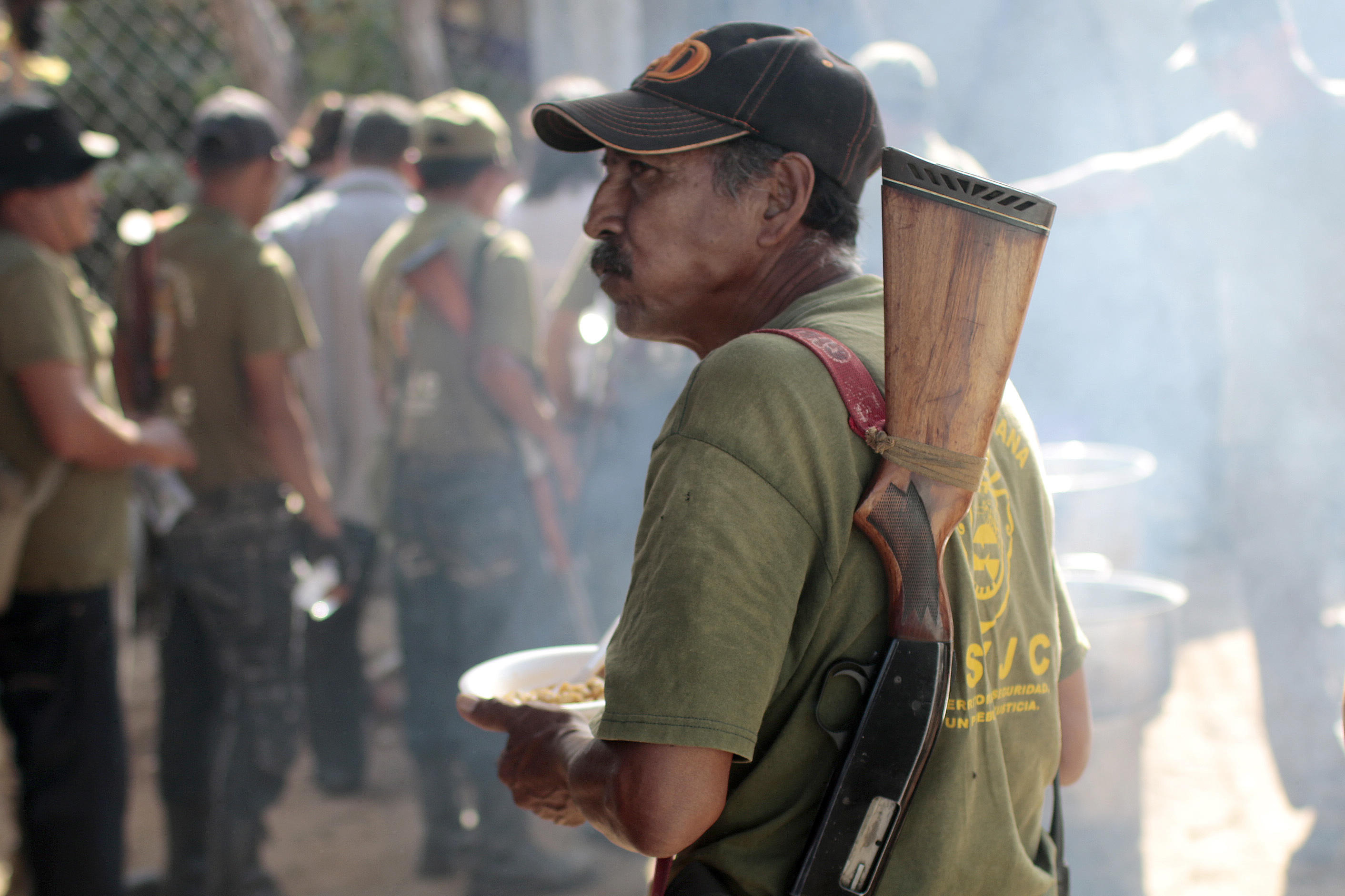 MEXICO CITY - In one of the stranger chapters of Mexico’s drug war, angry people in a southern town kidnapped the mother of a gang leader to demand the release of their loved ones.

The government of Guerrero state said Tuesday that it was sending about 220 soldiers and police to try to defuse the situation in Totolapan.

The town has been controlled for years by a drug gang boss whose proper name is Raybel Jacobo de Almonte, but who is better known as “El Tequilero.”

De Alamonte has lived up to his nickname, which translates roughly as “The Tequila Drinker.” In his only known public appearance, he was captured on video drinking with the town’s mayor-elect. De Alamonte mumbles inaudibly and has to be held up in a sitting position by one of his henchmen.

In recent months, his gang - also known as the Tequileros -has been fighting turf battles with other gangs in the area. Last week, the Tequileros allegedly kidnapped several inhabitants of Totolapan who they wanted to extort or whom they suspected of supporting a rival.

In response, a few dozen men appeared this week in the streets of Totolapan waving shotguns and hunting rifles. In a video, the men carry banners calling for action against El Tequilero and identify themselves as a “self-defense” force, as vigilantes are known in the region.

“We urgently demand the release of the kidnap victims,” a masked man says in a statement read on the video. “We are a legitimate self-defense force of the people.”

Among the Tequileros’ kidnap victims was a local construction engineer, Isauro de Paz Duque, who was snatched on Sunday by men who had threatened to kill him.

On Monday, a woman who identified herself as De Paz Duque’s wife said on a video that townspeople had El Tequilero’s mother and would exchange the woman for her husband.

“We have your mother here, Mr. Tequilero,” she said. “I propose an exchange: I’ll give you your mother if you give me my husband, but I want him safe and sound.”

The state government said in a statement that a negotiating team had been sent to establish contact with the family of the missing engineer and the vigilantes and to set up a search team.

“The goal of the team is to ensure that no injury is done to the missing person, nor to the mother of the head of the Tequileros gang, who has apparently been taken by the self-defense forces,” the statement said.

The government later confirmed that about five of the two dozen people being held by the vigilantes had been freed, but those freed did not include the gang boss’ mother.

In late November, the Guerrero government said El Tequilero was believed to have been wounded and was hiding out with his kidnap victims in the mountains. The state attorney general headed an extensive manhunt using helicopters and troops on the ground in an unsuccessful effort to locate the gang leader.

The area is a hotbed of drug trafficking, killings and extortion. It is the foot of the mountains that produce much of Mexico’s opium poppy crop.

Totolapan is considered so dangerous that many outlying hamlets in the township have been abandoned by fearful residents. In 2014, the battered body of the parish priest, the Rev. Ascension Acuna Osorio, was found floating in the Balsas river near the town.

The emergence of vigilante groups, also known as self-styled “community police,” has become a headache for Guerrero’s government. Authorities say they understand residents’ frustration but note the groups often wind up kidnapping suspects, fighting among themselves or preventing police from doing their work.

“The truth is, they are not really community forces, nor are they police,” Gov. Hector Astudillo said. “They are armed groups that unfortunately carry out acts ... that generate more violence and confrontation, rather than help.”

The state of Guerrero has been home to some of the more notorious incidents in Mexico’s now 10-year-old war on drugs.

Last month, officials sent soldiers and police sweeping through the state in an effort to quell a wave of violence that included the discovery of hidden graves holding dozens of bodies and a camp where gunmen stored the severed heads of nine rivals in a cooler.

Guerrero is also where 43 college students notoriously disappeared, an incident later blamed on a local cartel.