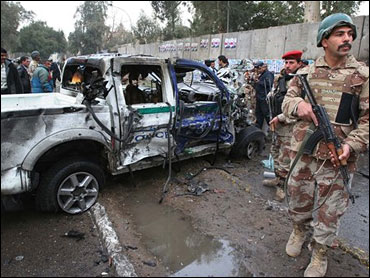 The New York Mets pounded Pedro Martinez and welcomed Hideo Nomo. An injury to Mike Piazza kept their day from being a greater success.

The team that entered the game with the fewest homers in baseball, 35, hit four long ones against last year's NL Cy Young award winner in a 9-2 victory over the Boston Red Sox on Friday night.

"I didn't do my job and I deserved it," Martinez said of the boos that accompanied his walk off the mound after he allowed three runs in the fourth. "I knew I was making the mistakes and I couldn't do anything about it."

His troubles started in the first when an inside pitch got away from him and hit Piazza in the left hand. Piazza left the game in the bottom of the inning with a bruise and X-rays showed no broken bones. He was listed as day-to-day.

"I think (Saturday) tells a lot better whether he's going to be right back or it's going to be a while," Mets manager Bobby Valentine said. "The swelling will tell."

He could be back in time for Nomo's debut with the Mets on Tuesday against Tampa Bay. Nomo, obtained from the Los Angeles Dodgers on Thursday night, arrived at Fenway Park less than two hours before the game that was expected to be a pitcher's duel between Martinez (6-2) and NL ERA leader Al Leiter (6-3).

"I'm having a good season. I deserve to face the best," Leiter said. "To get the lead we had early against a pitcher like Pedro was comforting."

In his first 10 starts this season he allowed three homers. In his last three he has allowed eight.

For the first time in his career, he allowed four homers in a game -- a 413-footer to Alberto Castillo, a 409-footer to John Olerud, a 403-footer to Luis Lopez, and a 429-footer to Bernard Gilkey.

"You just have to really be focused when you face him," Gilkey said. "He can shut down an offense at any time."

Martinez's career record against the Mets dropped to 10-3, including losses in his last three decisions.

"It definitely helps that he pitched against us in the National League," Olerud said, "especially somebody as talented as he is, to know what his tendencies are and how he's pitched against you in the past."

Martinez has allowed 17 runs in 17 1-3 innings in his last three games after giving up just three earned runs in 29 innings in his previous three starts. P>"He couldn't get his off-speed stuff over," Boston manager Jimy Williams said. "He got beat with his fastball."

Leiter allowed one run and four hits in six innings as he won his third consecutive start after losing four in a row. He lowered his ERA from 1.74 to 1.72 and he did it in Fenway Park, where he had an 0-4 record and 9.00 ERA for his career.

Boston's Mo Vaughn hit solo home runs in the fourth and ninth, his 16th and 17th of the season.

The Mets, who lost two of three games to the Red Sox in Shea Stadium when interleague play began last season, never trailed Friday as Martinez lasted just four innings, his shortest stint of the season, and gave up six runs.

The Mets took a 1-0 lead in the first on Gilkey's double and Olerud's single. They added two runs in the third on back-to-back homers by Castillo, his second, and Olerud, his sixth.

In the fourth, Lopez followed Butch Huskey's single with his first homer, and Gilkey made it 6-0 with his third.

Brian Barkley took over for Martinez in the fifth and pitched two shutout innings before allowing three runs in the seventh. They scored on singles by Olerud and Carlos Baerga and a sacrifice fly by Edgardo Alfonzo.