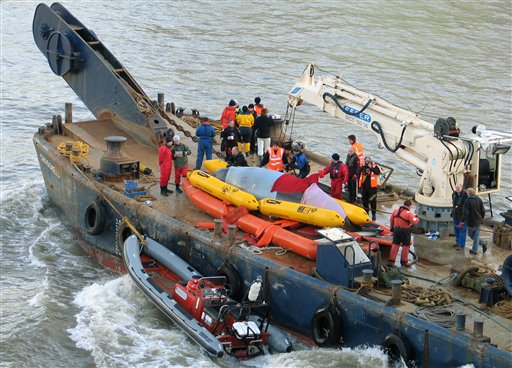 Todd Zeile is finally making a contribution to his newest team.

Zeile got his second game-winning hit in six days, a two-out single in the bottom of the ninth that gave the Florida Marlins a 5-4 victory over the New York Mets Sunday.

"I feel like I'm helping this team now," said Zeile, whose single in the 17th inning beat Toronto last Monday. "I feel like I exist. For a while I didn't feel like I was doing anything for this team."

Zeile, who came to Florida in a seven-player trade with the Dodgers May 15, is with his sixth team in the past four years.

"He's a professional hitter," Marlins manager Jim Leyland said. "He's smart and knew what we needed and he found the spot."

Despite splitting the four-game series with the last-place Marlins, the Mets were buoyed by Hideo Nomo's stellar outing.

Nomo gave up just four hits in six innings and left with a 4-0 lead, but the Mets bullpen couldn't hold it. Nomo, who struck out seven and walked three, was seeking his first victory since being traded from the Dodgers to the Mets June 4.

"If Nomo pitches like that, he'll be fine, we'll be fine," said Mets manager Bobby Valentine.

Cliff Floyd's two-run homer for Florida capped a four-run burst in the eighth that tied it at 4.

In the ninth, Edgar Renteria singled with two outs for his third hit of the game. Todd Dunwoody followed with a perfect hit-and-run single off John Hudek (0-4) that sent Renteria to third. Zeile, who had an RBI double in the eighth, grounded a single into center field for the victory.

Matt Mantei (2-0) retired one batter in the ninth to pick up his second win in three days against the Mets.

The Marlins trailed 4-0 when John Cangelosi drew a one-out walk from Mel Rojas in the eighth and Renteria hit an RBI double. With two outs, Zeile doubled to make it 4-2.

Brian Bohanon relieved and, after brushing back Floyd with two inside pitches, gave up the tying home run.

"It was my job to get Cliff out, but he beat me today," Bohanon said.

Floyd said the inside pitches motivated him.

"It was sweet," Floyd said. "I was pumped up and was locked in at bat, especially after he thew those two inside pitches."

Lopez was hit by a pitch from Livan Hernandez in the second and Alfonzo hit an RBI double with two outs. In the fifth, again with two outs, Nomo got his second hit of the season and Lopez doubled. Both scored on Alfonzo's bloop single, making it 3-0.