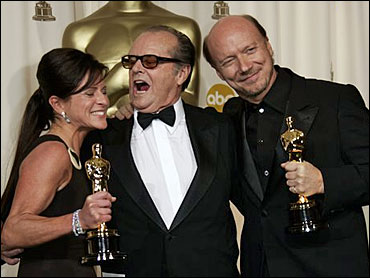 When does a slump become a collapse? Not yet, but the New York Mets are flirting with disaster.

A day after being swept in three games by the NL East-leading Braves, the Mets blew a one-run lead in the eighth inning Friday night for their fourth straight loss, 3-2 to the Philadelphia Phillies.

"It's like we're on the beach and the tide went out and we're stuck on the beach," Mets catcher Mike Piazza said. "Hopefully, the tide will come back in and get us going."

This is worse than being beached. The Mets, who entered the series in Atlanta with 11 wins in 15 games and one game out of the NL East lead, fell five games behind the Braves. Atlanta beat Montreal 4-3 in 10 innings.

Meanwhile, New York's lead in the wild-card race was whittled to one by Cincinnati, which beat St. Louis 5-4.

"It's like we're out of gas right now," Piazza said.

The Mets were stunned by Bobby Abreu's game-tying RBI double and Mike Lieberthal's go-ahead RBI single on consecutive pitches from Armando Benitez (3-3) in the eighth.

Manager Bobby Valentine, who addressed the team in a brief, closed-door rally speech after Thursday's loss, was reduced to nervous doodling and pen-tapping in the visiting manager's office.

But Valentine brought in right-handed closer Benitez to face the left-handed hitting Bobby Abreu, who is second in the league in batting. With first base open, after a steal, Abreu doubled home Sefcik on a full count for the tying run.

Lieberthal hit Benitez's first pitch to right, scoring Abreu with the go-ahead run for the Phillies' fifth win in 28 games. Scott Aldred pitched a perfect ninth for his first major league save.

Valentine explained that he didn't bring in left-hander John Franco to face Abreu because "if he doesn't get Abreu out, I've used up my whole bullpen in the eighth inning and we're in a one-run game." He used Cook to start the inning to keep the left-handed Rob Ducey from pinch-hitting, because "I thought Ducey had a better chance of stealing."

"I thought they were going to walk Bobby," said Lieberthal, bringing up another point to second-guess.

"Obviously, all those thoughts were wrong," Valentine said. "We'll try to get the right thoughts going tomorrow."

Joe Grahe (1-3) allowed two runs one earned and nine hits in eight innings with no walks and two strikeouts. It was his first victory since 1995 and longest outing since 1991.

"It was a long road back," said Grahe, who spent two-plus seasons in the minors after sitting out 1996 following major shoulder surgery. "I went through some tough times, but I still had faith in myself."

Yoshii allowed one run and four hits. He walked two and struck out three. Valentine said he took Yoshii out because he was tired from running the bases in the fifth inning, when he scored on John Olerud's RBI single to make it 2-1.

"After we were swept in Atlanta, that's all I thought about," Yoshii said, "that I had to win this game. ... I'm a bit shocked right now."

Robin Ventura hit his 31st homer, and Olerud snapped a 1-for-15 slump with his run-scoring single.

But New York had runners at first and second in three straight innings and failed to get any of them in. After Ventura's one-out homer in he second, Darryl Hamilton and Roger Cedeno both singled before Rey Ordonez grounded into a 1-6-3 double play.