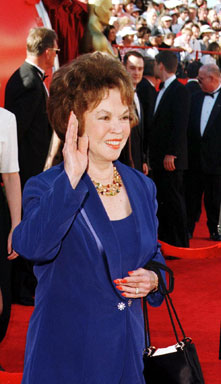 Two days after abandoning their attempt to convert Todd Hundley to a left fielder, the New York Mets placed the former All-Star catcher on the 15-day disabled list Friday night.

Hundley, who figured to spend the rest of the season as a pinch-hitter, was sidelined with irritation in his surgically repaired right elbow. The Mets, who enter Friday night's game in Los Angeles in a tie with the Chicago Cubs for the National League wild-card spot, recalled catcher Todd Pratt from Triple-A Norfolk.

Hundley was an All-Star catcher in 1996 and 1997. The elbow surgery placed his future as a catcher in doubt and the Mets acquired perennial All-Star Mike Piazza from the Florida Marlins in May. Team officials are hoping his stint on the disabled list will give Hundley a chance to work on his throwing as a catcher.

Hundley came off the disabled list last month and New York tried to convert him to an outfielder. But the experiment proved to be a disaster as Hundley struggled at the plate and was miserable in the field. He is batting .164 with six extra-base hits in 110 at-bats. The switch-hitter has struck out 49 times is 1-for-15 with 13 strikeouts as a right-handed batter.

Hundley, whose mother has been battling cancer, put the situation in perspective.

"I'm more worried about my mom than this," he told the New York Daily News. "This (crap) ain't worth worrying about. ... I'm getting paid to do this. There are a lot worse things."

The 29-year-old Hundley hit .273 with 30 homers and 86 RBI in 132 games last season. He set a major-league record for homers by a catcher with 41 in 1996. The son of former major-league catcher Randy Hundley, he has spent his entire professional career in the Mets' organization, amassing 123 homers and 396 RBI.

Pratt begins his third stint with New York this season. He is batting .302 with two homers and 17 RBI in only 53 at-bats with the Mets. The 31-year-old backstop has been a valuable pinch hitter, going 5-for-11 with six RBI.