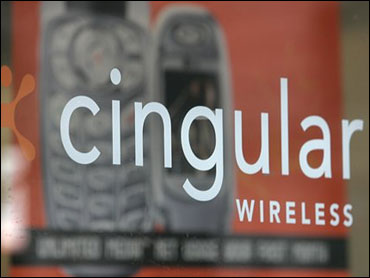 For nearly weeks, nothing went the New York Mets' way. That all changed for at least one night.

Slumping Robin Ventura homered in the fourth inning and hit a bases-loaded single in the 11th to lead the skidding Mets to just their second win in 10 games, 3-2 over the Pittsburgh Pirates on Friday night.

"We're hanging by the skin of our teeth," Ventura said. "But we'll just keep showing up and see what happens."

Mike Piazza also homered for the Mets, whose recent slide has seen them go from four games up in the NL wild-card race with 12 games remaining to two back heading into their final series.

To make the postseason for the first time since 1988, the Mets will need a near miracle. It started Friday night with the Mets' win, Houston's 5-1 loss to Los Angeles and Cincinnati's 4-3, 10-inning loss at Milwaukee.

"It's happening. It's all happening," Mets manager Bobby Valentine said. "We finally got some breaks. I'll take as many going our way as possible. I think we're probably on the minus side as far as breaks are concerned."

The Mets still need at a few more.

They must either win the final two games against Pittsburgh while the Astros or Reds lose once, or win once and hope Houston or Cincinnati drops its last two, forcing a one-game playoff.

If there is a three-way tie, the Mets would earn the wild card, and the Reds and Astros would play one game for the NL Central title.

"You never know what will happen," Ventura said. "If we can lose that many in a row, other teams can too."

New York, which lost its final five games last year and fell a game short of a wild-card playoff, blew a 2-0 lead in the eighth-inning before rallying to win in the 11th.

While Scott Sauerbeck (4-1) was throwing his warmup pitches, the scoreboard showed that Milwaukee tied Cincinnati in the ninth inning and Houston lost, leading to a standing ovation from the crowd.

"When the count was 1-1, I took a peak at the scoreboard," Shawon Dunston said. "I saw the final score and said, Let's get a win."'

Dunston, whose misplay in the 11th inning Thursday night led to a 4-3 loss to Atlanta, lined a single on the next pitch and moved to second on a bunt.

"For struggling like I have, it's nice to contribute and help win games," said Ventura, who was 5-for-38 with one RBI in the previous nine games. "It's still a longshot. We can't take anything for granted."

The Mets poured out of the dugout as Ventura rounded first base with his arms raised. Darryl Hamilton, the on-deck hitter, gave Dunston a bear hug as he crossed the plate.

Following a heartbreaking loss to Atlanta on Thursday night that left the Mets on the brink of a second straight late-season fold, the 29,528 fans at Shea Stadium were subdued early.

The first real sign that Mets fans believed came in the sixth. Shortly after the right-field scoreboard showed Houston trailing Los Angeles 3-0, Piazza launched a towering homer to right-center to make it 2-0.

Kenny Rogers, knocked out of his previous start after 2 2-3 innings against Philadelphia, worked efficiently through a young Pirates lineup that featured three rookies. He allowed two runs and five hits in 7 1-3 innings, tying his career high with 10 strikeouts.

"Pitching well in a game like this is just exactly what you dream about doing when you step on the mound," Rogers said.

He took a 2-0 lead into the eighth inning, before walking pinch-hitter John Wehner. One out later, Pat Meares and Aramis Ramirez singled to make it -1 and knock out Rogers.

Franco, who has more major league service without making the playoffs than any other active player, got Morris to hit a grounder back to the box. Franco deflected the ball and second baseman Edgardo Alfonzo's throw to first pulled John Olerud off the bag, allowing the tying run to score.

"We want to play well," Pirates manager Gene Lamont said. "We owe that to Cincinnati and Houston. This race doesn't change how we play the game."