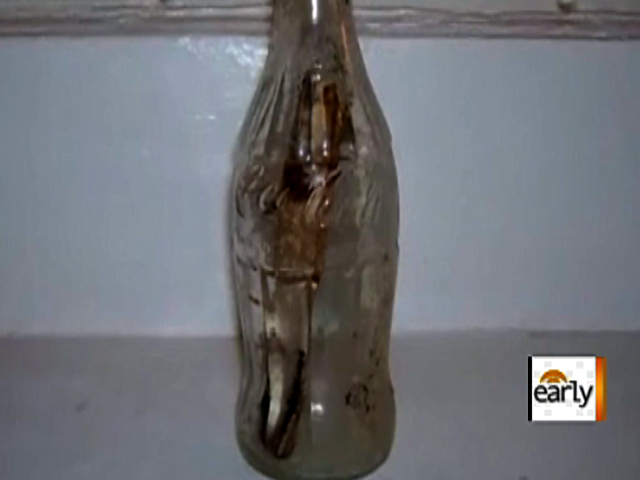 In New Hampshire, a message in a bottle traveled thousands of miles over as many as 50 years before finding its way back to the author's daughter - in the mail.

Paula Pierce has lived her life by the ocean. Last week, it delivered a message, as Lauren Leamanczyk of CBS station WBZ in Boston reported for "The Early Show."

"It was like being contacted from the past," Pierce said.

The message was sent in a Coca-Cola bottle and it took decades to find its way back to The Beachcomber Motel -- her family's business in Hampton Beach, N.H.

Sometime between 1960 and 1980, Paula's father put a message in a bottle that reads, "Return to 419 Ocean Boulevard and receive a reward of $150 from Tina, owner of the Beachcomber."

Tina is Paula's mother. She thinks her dad wrote it to tease his business savvy wife. Somehow the bottle made it all the way to the island of Turks and Caicos where Clint Buffington found it. He collects messages in a bottle.

Buffington, who runs the website Messageinabottlehunter.wordpress.com, told CBS News, "A message from the past like this carries special weight. And I'm just really glad to be part of that I guess."

Traveling direct, it's about 2,000 miles from Hampton Beach to Turks and Caicos, but no one knows how many miles that bottle logged in the 30 to 50 years it spent in the Atlantic Ocean.

Pierce's parents passed away years ago.

"That gave me chills today. I actually started to cry," she said. "I feel like they're sending me a message somehow."

Pierce's father, Leamanczyk remarked, may have meant the message as a practical joke, but instead, he gave his daughter a priceless gift.