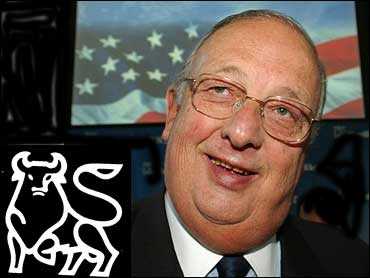 "I want...to publicly apologize to our clients, our shareholders, and our employees," said Merrill Lynch & Co. Chief Executive David Komansky, publicly apologizing Friday for the company falling short of its professional standards in research.

"The e-mails that have come to light are very distressing and disappointing to us," he said at the annual shareholder meeting in Plainsboro, N.J. "They fall far short of our professional standards, and some are inconsistent with our policies."

He said Merrill plans to take "meaningful and significant actions to restore investor confidence." That includes redoubling enforcement of existing policies and taking "strong actions against anyone who violates them."

Komansky was trying to defuse charges leveled by New York State Attorney General Eliot Spitzer earlier this month, who after subpoenaing confidential internal emails, accused Merrill's analysts of hyping the stocks of companies which did their investment banking business with Merrill Lynch.

"In essence, individual investors who depended on Merrill Lynch's stock analysis and overall investment advice were misled," Spitzer said in a press conference then.

Spitzer Friday welcomed Komansky's comments, but said they don't necessarily fulfill his requirement in talks for the firm to admit wrongdoing.

"I think it's a step forward," Spitzer said. "One necessary aspect of resolution has always been contrition...(the statement) is a beginning."

The emails revealed, for example, that Merrill's former Internet analyst Henry Blodget, while publicly touting a stock called "Infospace," was privately ridiculing it as a "powder keg" and a "piece of junk."

"It simply cannot be said that this was the result of a rogue analyst or two," Spitzer said at his news conference earlier this month. "This was the way things worked at Merrill Lynch."

The Securities and Exchange Commission and state regulators also have gotten involved in the issue, which is not limited to Merrill Lynch.

Merrill continues to negotiate with the New York attorney general, who claims Merrill's research was biased by the firm's attempts to win lucrative investment banking business.

Last week, the firm reached an agreement to give additional disclosure in its research, but the possibility of criminal charges and a lofty fine still loom.

"Merrill must in some form acknowledge that was happened was improper, was illegal and cannot be permitted to happen again," Spitzer told CBS News.

CEO Komansky said he hoped in the next couple of weeks to provide additional details on how the firm would try to restore investor confidence. He said he could not provide details at this point.

Meanwhile, the SEC, the National Association of Securities Dealers Inc. and the New York Stock Exchange are working on new rules for research that would apply to the whole industry. Those rules would govern disclosure, compensation and other conflicts.

Also at the meeting, female brokers who claim Merrill refuses to honor the class action settlement peppered CEO Komansky with questions about what the firm is doing to ensure the work environment is inclusive.

They protested outside Merrill's headquarters before the meeting, and some inside wore sashes accusing the firm of discrimination. Brokers with claims against Merrill have attended the meetings in prior years, including last year. The women say that despite the 1998 settlement, they are still discriminated against.

Komansky said the firm doesn't condone discrimination, and has settled 83 percent of the 912 claims in the class action lawsuit.

The CEO said that at last year's meeting, he was "somewhat embarrassed" to talk about the number of claims that had been settled, but feels the firm has made progress. In the past 15 months, the firm has settled 550 claims.

In response to one claimant's questions, Komansky said he, too, is disappointed that only 15 percent of Merrill's financial advisers are women. He said the firm is trying to address that, but that it has been hard, particularly as Merrill has been downsizing.

Komansky also reiterated, in prepared remarks, that the firm is "sized appropriately for market conditions as they exist today."