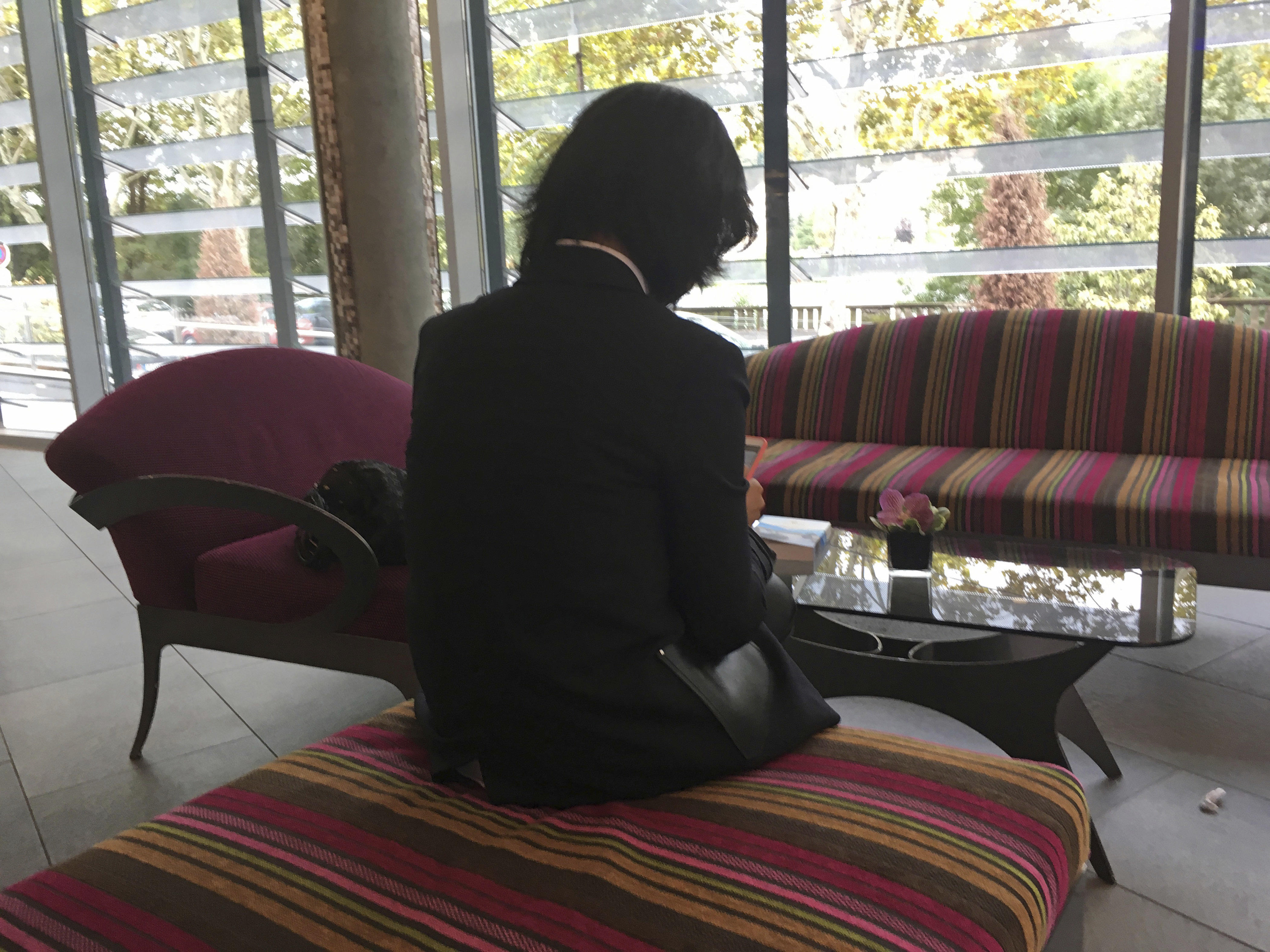 LYON, France -- The wife of the former Interpol president who disappeared in China has detailed to The Associated Press telephoned threats she received that prompted French authorities to place her under police protection. In her first one-on-one interview since Meng Hongwei went missing, Grace Meng also told the AP that speaking out about the disappearance of her high-profile husband was placing her "in great danger."

Untold scores of people have been swept up in an official anti-corruption crackdown under authoritarian President Xi Jinping, and Meng, a long-time Communist Party official, appears to be the latest high-profile person to disappear under its pretences.

Grace Meng said she received a threatening phone call, warning her that China's government had dispatched people to try and find her in France, and an alarming text from her husband with an emoji of a knife. She says she has had no information on where he is.

As CBS News correspondent Ben Tracy reported on Tuesday, China's detention of Meng is shining a harsh light on Beijing's crackdown on alleged graft and disloyalty. Meng, a Chinese citizen who worked for years in the highest level of China's security institutions before heading up Interpol, mysteriously vanished during a trip home and was forced to resign his post.

China has said he's being investigated for bribery and other crimes, but the way they apprehended him was a bold and brazen move by the Chinese government, and Tracy says there could be significant consequences.

Some are now questioning whether Chinese officials should be tapped to lead international organizations like Interpol if the Chinese government can simply make them vanish.

Meng was named president of Interpol in 2016 and was living in Lyon, France, where the organization is based. He came back to China for a visit last month and went missing. His wife says before he disappeared, she received the text message from him showing a knife emoji, and she believes it was to warn her he was in danger.

The Chinese government now admits they detained Meng and are accusing him of taking bribes and other crimes.

Interpol says it was not informed Meng was under investigation, and the Chinese only admitted to having him in custody after Interpol demanded an explanation.

Chinese President Xi Jinping has led a high-profile crackdown on corruption in the Communist Party. In the past six years, more than 1.5 million party officials have been punished. But it is also widely viewed as a way for Xi to take down political rivals and those he considers disloyal.

Tracy says that in China, the courts answer to the Communist Party, too, so Meng's detention is basically the same thing as a conviction. He could even face the death penalty.