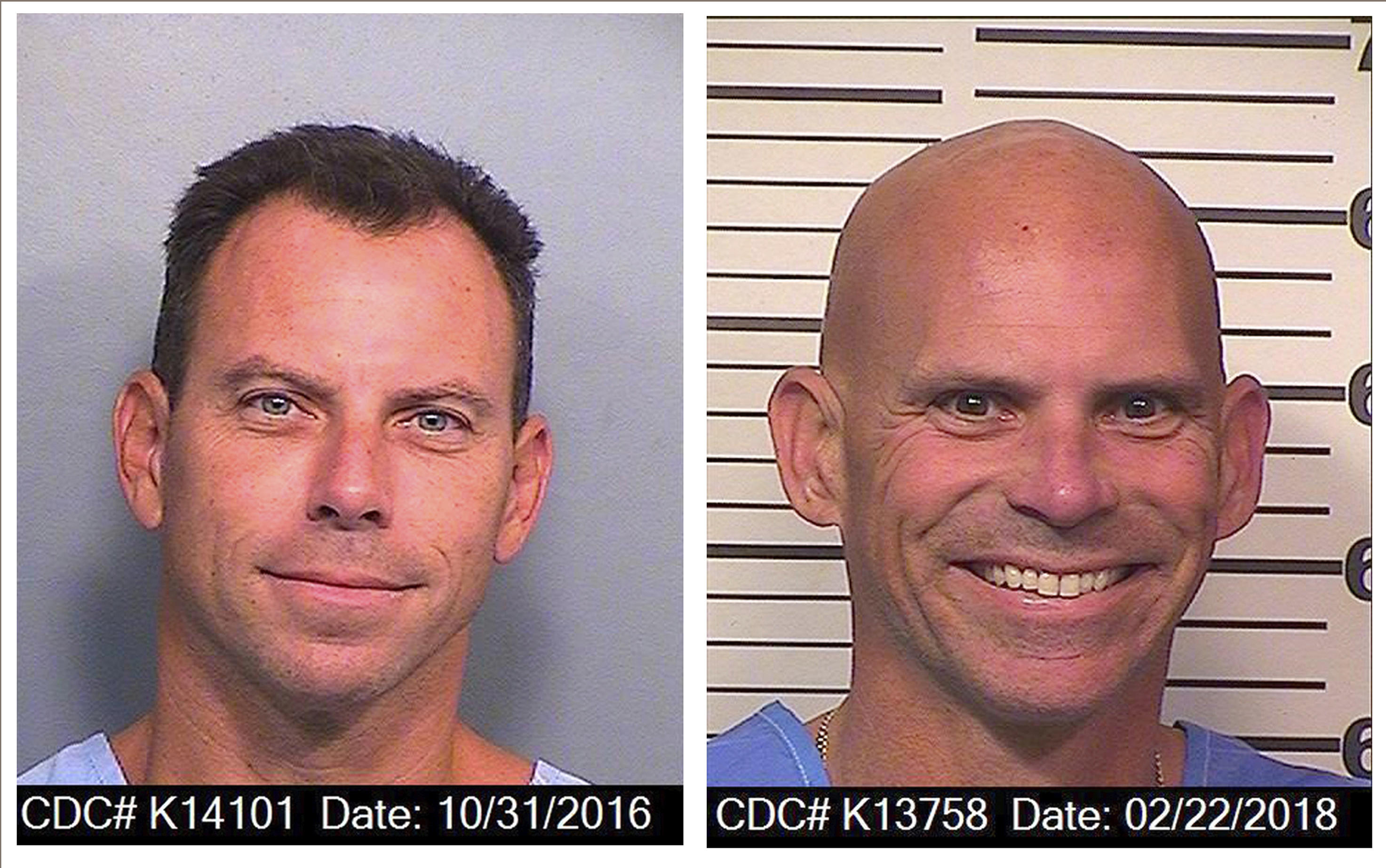 SACRAMENTO, Calif. -- The Menendez brothers, who were convicted of killing their parents in their Beverly Hills mansion nearly three decades ago, have been reunited in a Southern California prison. Erik Menendez, 47, has moved into the same housing unit as his 50-year-old brother, Lyle Menendez, Corrections department spokeswoman Terry Thornton said Thursday.

The brothers are serving life sentences for fatally shooting their parents, Jose and Kitty Menendez, in 1989.

Lyle Menendez was moved in February from Mule Creek State Prison in Northern California to San Diego's R.J. Donovan Correctional Facility, after his security classification was lowered. But the brothers lived in separate housing units and would not have seen each other, Thornton said. The prison houses nearly 3,900 male inmates.

That changed Wednesday, when Eric moved into the same housing unit as his brother, a unit where inmates agree to participate in educational and other rehabilitation programs without fighting or creating disruptions.

"They can and do interact with each other, all the inmates in that facility," she said, though she didn't know how the brothers reacted during their reunion.

The brothers had asked two decades ago, after they were sentenced, to be sent to the same prison.

Prison officials said then that they often balked at putting partners in crime together, and the Beverly Hills detective who investigated the slayings argued that the brothers might conspire to escape if they were together. Leslie Abramson, Erik Menendez's attorney, at the time called housing the brothers separately "exceedingly cruel and heartless."

Lyle, who was then 21, and Erik, then 18, admitted they fatally shot-gunned their entertainment executive father and their mother, but said they feared their parents were about to kill them to prevent the disclosure of the father's long-term sexual molestation of Erik.

Prosecutors contended there was no evidence of any molestation. They said the sons were after their parents' multimillion-dollar estate.

Jurors rejected a death sentence in favor of life without parole.

In a prison interview last year, Lyle Menendez spoke out about the high-profile killings.

"I love my mother, and I still cry over my mother, and I don't forgive her,'' he told the "Today" show in September. "Her life ended and our lives essentially ended all because of this fateful decision. There had to be a series of decisions she made of not to tell what was happening. What kind of mother lets it happen?"