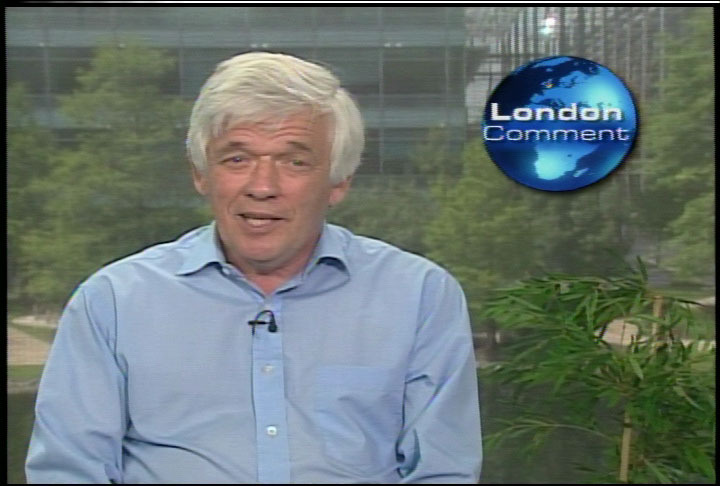 What is it about men in politics? Here in Britain this week, you couldn't open a newspaper without wading through a sea of salacious gossip involving powerful men and allegations of their sexual indiscretions. You will of course have heard all about the accusations against Dominique Strauss-Kahn, the powerful former head of the International Monetary Fund -- and until last weekend favourite to be the next president of France. And I should stress the word accusations -- because as yet he is guilty of nothing -- although I think his political ambitions have taken a bit of a hammering -- after all, how many campaigns for high office have been launched from New York's Rikers Island? Mr Strauss-Kahn joins a long list of the illustrious whose careers have been damaged by sexual scandal -- Bill Clinton and Silvio Berlusconi, to name but two. Should we now be adding the name of Arnold Schwarzenegger to the list? Over here, we have been fascinated by the evolving story of a man you'll never have heard of called Christopher Huhne. Mr Huhne is the British Cabinet Minister responsible for Energy, who seems to have taken his job description a little too seriously and was discovered to have been conducting a long-term relationship with one of his aides. Somewhat predictably, MRS Huhne wasn't that pleased to find this out, and they are currently in the process of a rather bitter divorce. All juicy stuff for the tabloids, but nothing politically fatal -- until now. Because Mr Huhne now faces accusations that eight years ago he forced his wife to take responsibility for a speeding offence when his car was caught by one of those police cameras -- so that he could avoid being banned from driving. I will let you guess who has made that accusation. It is his wife. Hell hath no fury like a politician's wife. If it is proven that Mr Huhne arranged for his wife to cover up for his driving offence, he could be facing a prison term. So what is to be done about all these men in high places with low morals? Well, here's a thought. We could always put women in charge. I was trying to imagine the idea of a woman like Lady Thatcher when she was Prime Minister allowing herself to be distracted by the shapely legs of one of her male assistants, let alone receiving an indecent proposal from him. She would simply have shaken her head impatiently, and said don't be so silly, I have sixteen briefing papers to read, and I've no time for any of that nonsense. Perhaps these dynamic men have to learn that when they are in office they should put the job first, and shift their more basic instincts lower down the agenda. This is Peter Allen for CBS News in London.