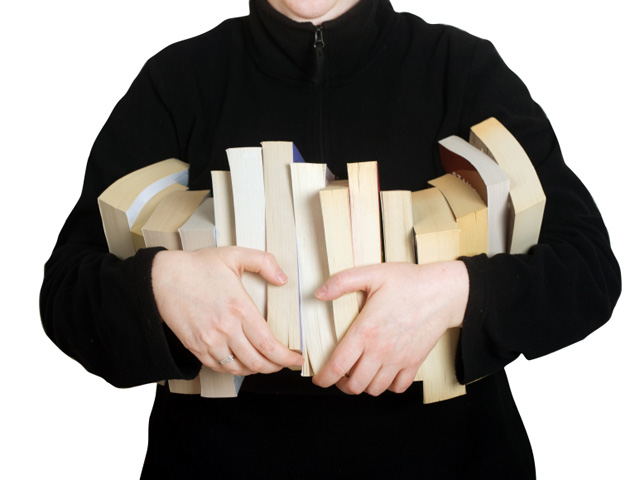 In the 1970s, after twice being denied admission to medical school at U.C. Davis, Allan Bakke sued the University of California over its admissions policies. A white male, Bakke charged the university with reverse racial discrimination. His suit went to the Supreme Court, where it became a landmark split decision that, while upholding affirmative action as legal, ordered that Bakke be admitted to Davis. The case helped galvanize the movement against affirmative action.

But if Bakke were an applicant today his story might be very different. A survey of admissions directors released last week found that male applicants of all races are far more likely to benefit from affirmative action-like policies than female applicants.

"Men are being admitted with lower grades and test scores," said Scott Jaschik, editor of Inside Higher Ed, which conducted the survey. "While a lot of people don't like to talk about it, a lot of colleges are basically doing affirmative action for men."

What's behind the aggressive push for male students is the decades-long trend of more women on campus. Women have comprised a majority of students in higher education since 1979, one year after the Bakke decision. And that trend is accelerating. The National Center for Education Statistics projects that women's enrollment will increase 16 percent by 2020, compared to 8 percent for men. At that point women will comprise 59 percent of post-secondary students, men just 41 percent. In 2009, the most recent year for which data are available, the gender split was 57 percent women, 43 percent men.

"Many people think that is not good for the educational needs of the country - that you don't want men left behind," said Jaschik. "And it's also not seen as desirable for the social environment of the colleges."

Many colleges have sought to remedy that imbalance by admitting more men, especially among undergraduates, forcing schools to reach deeper into the applicant pool. In the survey released last week by Inside Higher Ed, a web site that focuses on education news, 11 percent of admissions directors said they admit male applicants with below average test scores and grades. Only 3 percent of the 462 surveyed said they admit female applicants with below average credentials.

At public 4-year colleges the number is even higher. Almost one-in-five 18 percent - are so hungry for male students admissions directors report admitting men with lower academic credentials, according to the survey.

A major reason for the gender gap is higher academic achievement by girls, said David Hawkins, director of public policy and research at National Association for College Admissions Counseling (NACAC).

"It's not surprising," said Hawkins. "Women are on average performing better than young men coming out of high school."

Hawkins said there's no one formula for institutions to deal with the gender gap. Some schools tailor their marketing to men, while others have invested in sports programs or majors that might appeal to men. And some are admitting less-qualifed males.

Gender is not a factor when considering applicants to Colorado State University, according to executive admissions director Jim Rawlins. He said last year's entering class was 55 percent women, 45 percent men, though the overall undergraduate student body is more evenly divided, with just over 51 percent women.

"'Shaping' our class is something we certainly think about in encouraging applications, and encouraging admitted students to attend," Rawlins said, adding: "We steer clear of decision practices that would put the 'shaping' of our class ahead of that fundamental applicant-by-applicant review."

Kim Johnston, dean of admissions at the University of Mary Washington in Fredericksburg, Virginia, said the school's name feeds misconceptions that it's an all-women's college. She said the population of 4,300 undergraduates is about 65 percent female, 35 percent male, which they would like to be closer to 50-50.

"We try to work on the images we present in our publications," Johnston said. "We are very aware of presenting a gender balance just to make sure people know who we are."

Johnston said Mary Washington tries to achieve gender diversity on campus in the same way it attempts to create racial, ethnic and geograghic diversity. But she said the school is careful about admitting male applicants with lower grades and test scores out of concern they won't be able to handle the academic rigor.

"Yes, we'd like to attract more men," she said. "But we don't want to change the character of our institution."

The implications for the country go far beyond campus, of course. Various studies have documented how the recent recession - the so-called "Mancession" - has disproportionally hurt men. And while men have regained some ground during the recovery, the unemployment rate remains higher for men than for women (8.9 percent versus 8 percent). And college graduates out-earn those without a degree.

"I think it's a problem for our society," said NACAC president Jim Miller, who is an expert on higher education enrollment and admissions at the University of Wisconsin-Superior. He said most schools and admissions directors strive for male-female balance on campus, but the gender gap can't be solved only by college admissions.

"We really need to better understand what is going on with our men," Miller said, "and try to respond with strategies that bring them up to a similar level."