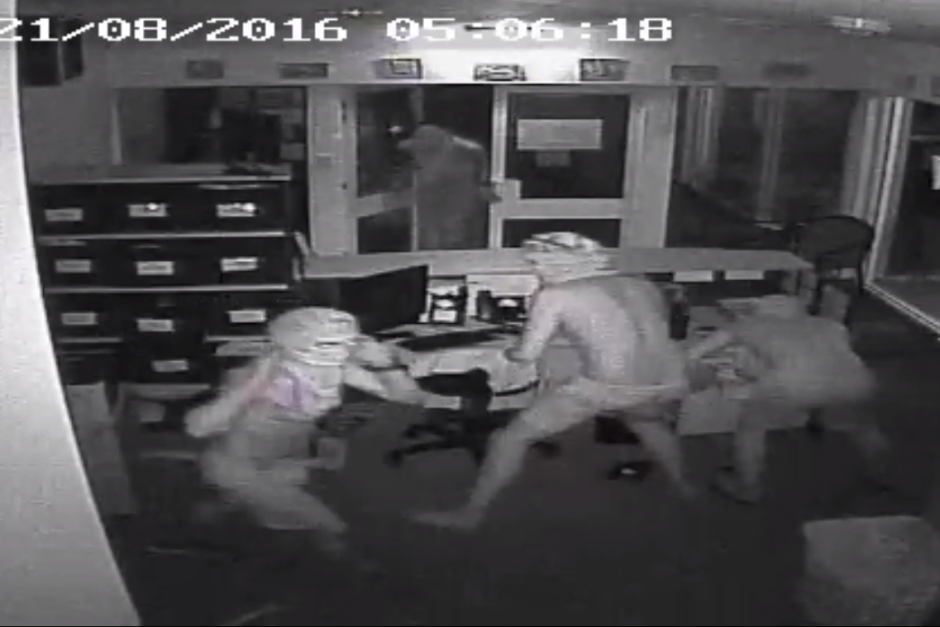 A group of men broke into a school in northern Australia and left three malnourished crocodiles behind, police said.

Northern Territory Police told the Reuters news agency that the men pushed the crocodiles through a broken window at Taminmin College, a school for seventh through 12th graders, in Humpty Doo, early Sunday.

The longest crocodile was about six feet long, the Australian Broadcasting Corporation reported.

The four men then broke into the school with their heads covered and searched through an administration office, police told the ABC.

Security cameras caught the men taking a computer monitor before they ran away, Reuters reported Tuesday.

Wildlife officials told the agency that the crocodiles’ mouths were taped shut and that the animals were in poor health.

“Basically skin and bones, not much meat left on them; they were really quiet and easy to catch,” ranger Luke McLaren told ABC Radio, according to Reuters.

McLaren told the news outlet that the animals would likely have to be put down because of their condition.