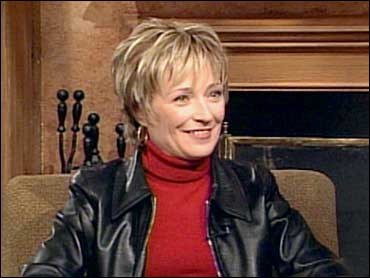 Can men and women truly just be friends? Or do you agree with Billy Crystal's sentiments from the movie "When Harry Met Sally"?

Kate White, the editor-in-chief at Cosmopolitan magazine, tells The Early Show co-anchor Hannah Storm there is such a thing as a platonic friendship between men and women and Billy Crystal's character was right.

According to White, men and women view this question very differently: Men think about sex 24/7 (that's just the way their brains are wired), and they wouldn't mind if a platonic friendship went to the next level. But women believe truly and sincerely that they can be friends with men without sex even entering their minds.

White says men and women can be friends. But, she notes, it can be fraught with problems if you don't keep things in check.

She claims that 80 percent of women underestimate how often men are attracted to them; this applies to male friends, not just a guy you pass on the street. Women are more likely to be friends with an attractive male with no sexual tension, she says, as opposed to a man who wouldn't mind if he slept with his female friend even if she's not a 100 percent his physical type.

Today's work landscape has changed things for both men and women. The workplace has become the spot where you make friends and other important relationships. About 30 years ago, you wouldn't have really found women and men working on equal footing as much as you do now. Also, workdays are longer than they used to be, so you are likely to spend more time with your work colleagues than your life partner. White cites new studies that she says show that 62 percent of all affairs started in the office place.

Let's say your husband has a female colleague with whom he has become friendly:

It's dangerous when your husband says about a female colleague things like "how easy she is to talk to" or "how she loves the same hobbies." If your husband considers the woman a confidante, that's a problem, because something that starts out as work talk could easily go into discussing about personal problems. White says your husband should consider you the confidante.

Your partner opened the door to a more personal/ conversation/ relationship with the other woman. For example, you may laugh, thinking, 'Oh, he's just talking about the work stuff'" that you might not be interested in. Or he may tell you "Oh, I was telling Kim what a great wife you are because you baked me a cake. And Kim thinks I'm so lucky."

According to White, this is a problem because this can lead to crossing the line. It can quickly turn from him sharing good news about you and him to sharing negative news like: "Kim and I fought about vacation plans yesterday," which can lead the female friend to say, "Oh, she doesn't know how lucky she is to have a husband who wants to go on vacation." These are the kind of things that can easily make your husband think you don't appreciate him, so it makes it even more enticing for him to turn to his female friend, because he wants to feel adored.

Remember that cheating does not just always start with a physical relationship. You can cheat on a person emotionally and mentally if you seek comfort from someone besides your spouse. Your husband should seek comfort in your arms - not another woman's.

He doesn't want to mix you and her in social groups. If he doesn't want you and him to go on double dates with her and date or he doesn't like to chat with her when you're around, that's a problem because that means he doesn't want that rapport with you because all of the sudden this relationship to him is exciting and new.

What to do if you suspect something:
The key here is cut down the motive and the opportunity.