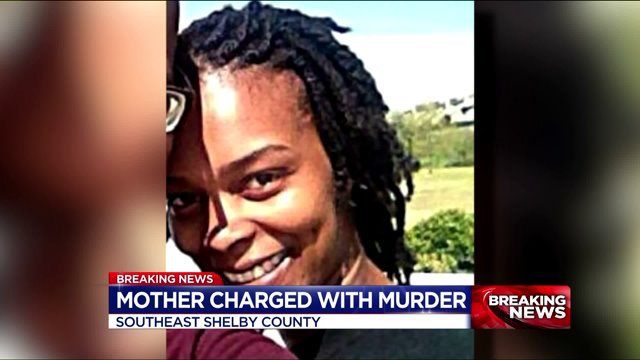 MEMPHIS, Tenn. - Sheriff's deputies found a large butcher knife with what appeared to be blood on it in an apartment where a Tennessee mother killed her four children by cutting their throats, court documents say.

Shanynthia Gardner, 29, of Memphis, has been charged with four counts of first degree murder while committing aggravated child neglect in the deaths of her three daughters and one son - all under the age of 5. Their bodies were found after deputies entered her apartment in a gated community in unincorporated Shelby County on Friday. Neighbors and friends of the family attended a vigil to honor the victims on Saturday.

Gardner spoke by phone with her current husband, Martin Gardner, and acknowledged that she killed her children, the affidavit said. Attempts to reach him or relatives of the Gardners have been unsuccessful.

"This is a terrible act, an egregious act that has shocked, I believe, the community, and has shocked our staff to the core," Shelby County Sheriff Bill Oldham said Saturday.

Deputies were called to an apartment complex in unincorporated Shelby County on Friday afternoon. When they arrived at Shanynthia Gardner's apartment, they found her with superficial cuts to her neck and wrists, the affidavit said. Deputies also found four children with "severe lacerations to the throat," the document said.

Two children were found in the living room - Yahzi was in her baby carrier and Sya was lying next to the carrier. The other two victims were in a bedroom.

The affidavit said Dallen was able to escape the apartment and run up to a man, yelling that his mother had stabbed his sister.

The man told officers that he saw Shanynthia Gardner come outside with a large knife in her hand, then re-enter the residence. Deputies found the knife in the apartment, the affidavit said.

Authorities have not divulged what circumstances they believe led to the killings. Oldham said investigators were trying to determine if Gardner has mental health problems.

In March 2015, Gardner disappeared briefly after leaving work early and picking up her children, according to a Memphis police report.

According to The Commercial Appeal, her husband told police she was having problems at work and feeling anxious, and "she also has been feeling that someone is trying to harm her and her family," the report said. She called her husband that night from Corinth, Mississippi, and she later was found at a Memphis hospital emergency room.

CBS affiliate WREG-TV reports another police document from 2015 states Gardner was reported missing back on March 19 just days after telling her family she felt like someone was trying to hurt her and her family.

The behavior started on March 16 when Gardner reportedly left work suddenly, picked up her kids and left.

WREG has confirmed Gardner was a part-time employee of ALSAC, the fundraising arm of St. Jude Children's Research Hospital.

The state Department of Children's Service has offered its assistance to local law enforcement, but has no record of interaction with the slain children, said spokesman Rob Johnson.

About 30 people attended an outdoor candlelight vigil at the apartment complex on Saturday evening. They prayed for the four children, the surviving boy, and Shanynthia Gardner. A pastor poured water from a decanter onto the ground, in remembrance of the victims.

Sonya Clayton, Dallen Clayton's grandmother, said she had not seen the boy's mother for a few years. She said she was shocked by the attack.

"She was a sweet young lady," Clayton said of Shanynthia Gardner. "What happened, I don't understand."

Sonya Clayton said her son, Detrail Clayton, has not seen Dallen since the stabbings. She said her son is not doing well, and he wants to see Dallen soon. Sheriff's officials say the boy has been under protective supervision.

Neighbor Mona Hansen, who attended the vigil, became emotional when talking about how her own daughter adopted three girls after their brother was killed by a parent. Hansen called the killings of the four children in the apartment complex where she lives "heart-wrenching."

"Like the minister said, you don't know what they could have been in life," Hansen said of the Gardner children. "Their lives didn't even get started yet, before they were taken."