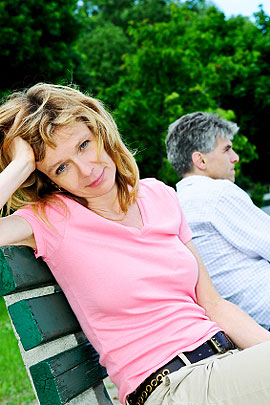 (CBS) Memory loss might start a lot sooner than originally thought, a new study suggests. The study found signs of age-related cognitive decline in men and women who were only 45 years old.

Over the 10 year period, the researchers gave the participants cognitive tests for memory, vocabulary, and auditory and visual learning. Some examples of tests were asking participants to write down as many words as thy could that start with the letter "S," or to name as many animals as possible.

"The (mental) declines among people in their 40s and 50s were modest, but they were real," study author Dr. Archana Singh-Manoux, a researcher at the Center for Research in Epidemiology and Population Health in France, told WebMD.

The study is published in the Jan. 5 issue of the British Medical Journal.

These declines, the study authors say, are some of the earliest evidence of cognitive decline that may lead to dementia. That suggests dementia or Alzheimer's could take decades to develop. Previously most doctors had believed aged-related memory loss started at 60, according to WebMD. Since the youngest participants were 45, it's possible the decline could start even earlier.

Can anything be done to stop this early memory loss?

"Although we don't yet have a sure-fire way to prevent dementia, we do know that simple lifestyle changes - such as eating a healthy diet, not smoking, and keeping blood pressure and cholesterol in check - can all reduce the risk of dementia," Dr. Simon Ridley, head of research at Alzheimer's Research U.K., told BBC News.

The study authors agree, and said in a statement that heart health is particularly important, since evidence suggests "what is good for our hearts is also good for our heads."

Dr. Francine Grodstein, an associate professor of medicine at Brigham and Women's Hospital in Boston, wrote in an accompanying editorial that other studies suggest if a person wants to fight off dementia, they need to start intervening long before signs of the disease form in the brain.

"That is, efforts to prevent dementia may need to start in adults as young as 45 years," Grodstein said.

Tell us about your frontline hero

Whether it's a teacher, doctor, delivery person, or someone else, "CBS This Morning" wants to hear about your frontline hero.

Negotiations for another stimulus package are likely to resume, but analysts predict a smaller round of funding.

Russia claims it chased off a U.S. warship with a "ramming" threat

Moscow says the USS John S. McCain came more than a mile into its territory, but the U.S. considers the patch of sea international water, and was making a point of it.