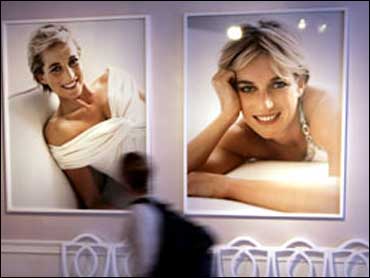 An exhibit of photographs, film footage and other memorabilia from the life of Diana, Princess of Wales goes on display this weekend at the palace where she lived.

Called "Diana: A Princess Remembered," the exhibit is the largest collection of images of the princess to date, organizers said. It opens with a photograph of the princess as a toddler and follows her through her marriage to Prince Charles.

Diana died in August, 1997, after the car in which she was a passenger crashed in a Paris tunnel.

The exhibit, at Kensington Palace, opens on the eve of what would have been the princess' 46th birthday and just two months before the 10th anniversary of her death.

Exhibitions featuring Diana have been held at Kensington Palace in the past, including a collection of her dresses and photographs from her famous photo shoot with fashion photographer Mario Testino.

"This is a more formal exhibition," said Sarah Watson, spokeswoman for Historic Royal Palaces, which is organizing the show. "It brings together previous exhibits and tells the story of her life."

The exhibition focuses on four themes: Diana the princess, Diana the mother, Diana the fashion icon and Diana the humanitarian. Video interviews with various people who worked with the princess are also featured.

Visitors can see the exhibition from July 30 through the beginning of January 2008. Entry to the exhibit is included in the admission price to Kensington Palace.