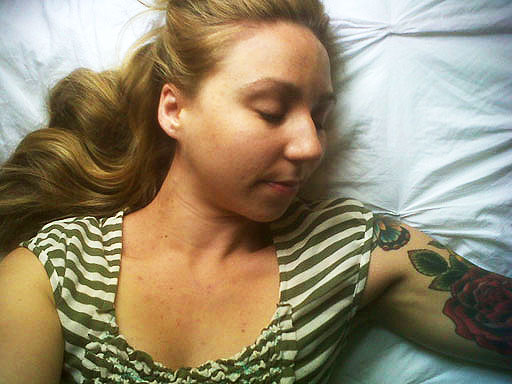 NEW YORK (CBS) Melissa Petro, a New York City elementary school teacher, has been reassigned after her school discovered she was a former prostitute.

According to the New York Post, the tattooed sex worker taught art at Bronx elementary school PS 70 for three years and managed to keep her past life a secret from parents and faculty.

The revelation occurred when the 30-year-old wrote an online article in The Huffington Post on Sept. 7 criticizing popular online classified Craigslist for removing its "adult services" section, which carried sex-related advertising, reports The New York Times.

She wrote that she found being a prostitute "physically demanding, emotionally taxing and spiritually bankrupting," and gave it up after a few months.

Petro was hired as a teacher for PS 70 in August 2007 and had reached tenure, Natalie Ravitz, a spokeswoman for the Education Department, wrote in an e-mail Sunday to The New York Times.

Ravitz said Petro had been reassigned pending an inquiry by the special commissioner of investigation for the city schools and declined the paper any further comment.