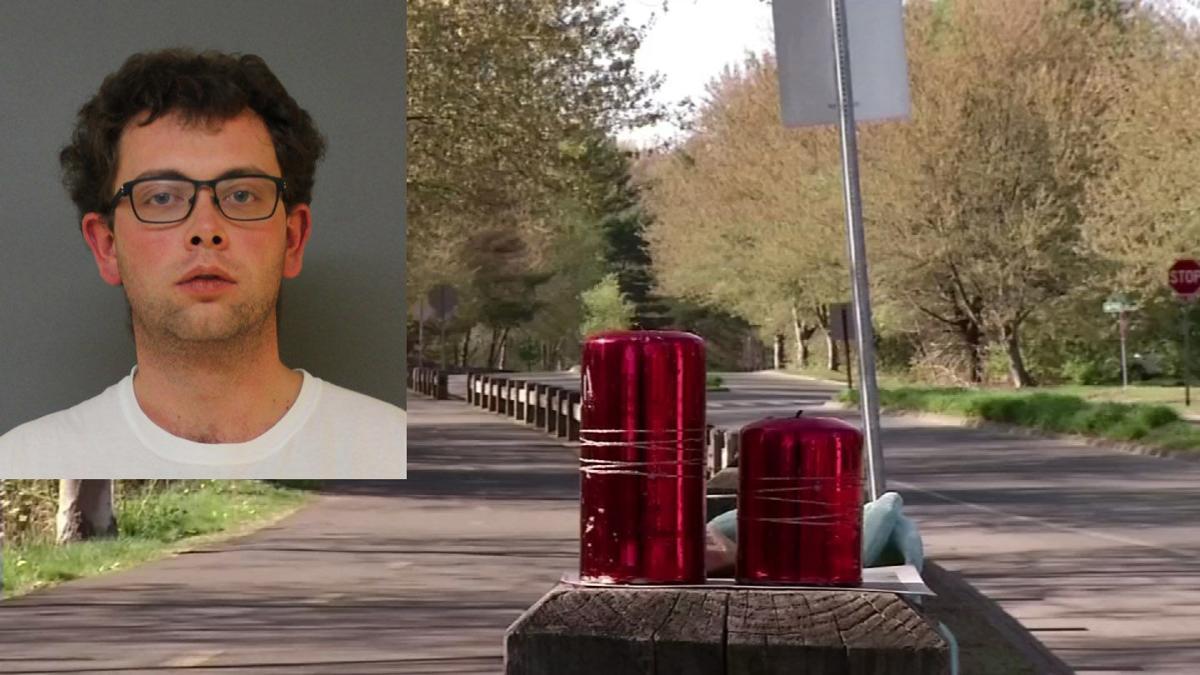 ENFIELD, Conn. -- A convicted sex offender told police he was just looking for someone to talk to when he went into a "frenzy" and stabbed an insurance company executive to death four years ago while she was running on a trail in Simsbury. William Winters Leverett, 24, made the statements to police shortly after confessing to the crime at church.

Leverett was ordered held on $2 million bond at his initial appearance Monday in Enfield Superior Court on a murder charge in the November 2014 death of 54-year-old Melissa Millan, a senior vice president at Massachusetts Mutual Life Insurance Co. Leverett did not enter a plea and the case was transferred for arraignment to Hartford, where more serious cases are handled.

Leverett's public defender did not immediately return a phone message seeking comment. Leverett, of Windsor Locks, went to police last week and confessed to the crime in a series of interviews after he spoke to members of his church, police said.

The church co-pastor, Michael Trazinski, told the Hartford Courant that Leverett confessed to another church member and she brought him to leaders of the congregation.

"He came to us on Wednesday night and confessed to the homicide," Trazinski told the newspaper, "and we immediately told him, 'You know what you have to do.' "He said yes, I have to turn myself in."

He told authorities that he had attended a treatment meeting for sex offenders and was looking for human contact when he spotted Millan running on the trail, less than 2 miles  from his home, at about 8 p.m. and became attracted to her.  He told police they had never met.

"Mr. Leverett claimed that he only wanted a chance to speak with her but that 'something happened' and the next thing he knew he had stabbed her in the chest with a knife he was carrying," according to an arrest warrant affidavit.

"I went into a frenzy," he told police.

Leverett said he intentionally ran into her and caused her to stop, according to the arrest warrant affidavit. He said he stabbed her once in the chest and she pushed him away before falling over the guardrail and into the road.

Leverett said he later disposed of the knife in a trash compactor.

Police said Leverett provided them with information not released to the public, including a description of what Millan was wearing.

Police also said they retrieved a glove Leverett said he was wearing that night from a barn where he had hidden it. Testing showed DNA on the glove that likely came from Millan, police said.

Leverett has a previous conviction for sexual assault in the fourth degree in Colorado. He moved to Simsbury in 2011 and was registered as a sex offender.

"The family, friends and coworkers of Melissa Millan are thankful for the outpouring of love and support we've received since Melissa's death in November 2014. Melissa was a loving mother, a devoted daughter, a witty and compassionate sister, a loyal friend, an intelligent, successful businesswoman and mentor to many. The arrest and arraignment of the suspect brings renewed grief, heartache and the knowledge that justice can never be served for the senseless act that robbed us of Melissa's beautiful presence.

We extend our gratitude to the Simsbury Police Department and other participating law enforcement agencies for all of their work. Now as we confront our individual and collective grief and sorrow, we humbly request respect for our privacy during this difficult and emotional time."