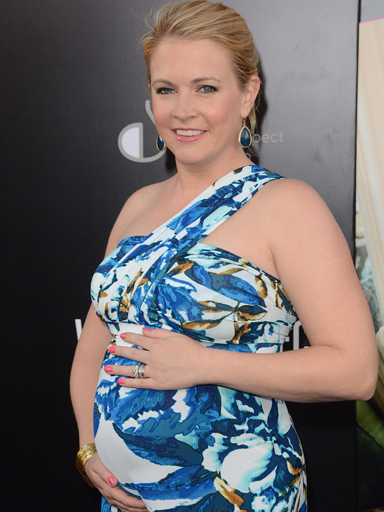 (CBS News) It's another boy for Melissa Joan Hart.

The actress and husband Mark Wilkerson welcomed son Tucker on Tuesday night, her rep told People. He weighed in at 8 lbs., 5 oz.

"Mom and Dad are elated and can't wait to introduce him to his brothers," the couple told the magazine. They announced in April that a third baby was on the way, sharing the news on Hart's Twitter account along with a photo of their family.

Tucker's middle name is still being chosen, according to People's report. He joins older brothers Mason, 6, and Braydon, 4.