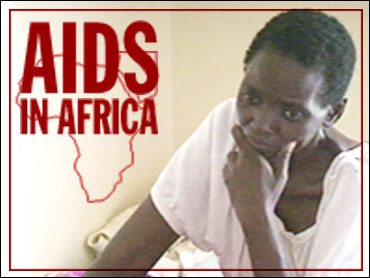 More than 20 people were injured — one of them seriously — in the melee Tuesday at Frontier Hospital in Queenstown in the Eastern Cape, according to activists from the Treatment Action Campaign.

Police said there were no casualties at the scene, but some people may have been hurt in the stampede of people fleeing the area.

Police spokesman Superintendent Gcinikaya Taleni said organizers did not notify authorities of their intention to demonstrate, as required.

He confirmed rubber bullets and smoke grenades were used to disperse the crowd, which he put at over 1,500, but said any injuries were as a result of the stampede.

The government has drawn criticism for its sluggish response to the AIDS pandemic, which kills more than 600 people a day in South Africa, according to U.N. estimates. Until last year, it refused to provide anti-retroviral drugs through the national health system, citing cost and safety concerns.

It has now pledged to provide treatment to all who need it within five years, but activists complain the process of getting those who qualify on anti-retrovirals has been plagued by bureaucratic and other delays.

"Despite government's expressed commitment to provide treatment to people with AIDS, many people die without treatment while still on waiting lists," the TAC said in a statement Wednesday.

Kutelo insisted the Eastern Cape province was committed to the program, but said patients need to be screened and treated for any current infections before they start on anti-retrovirals.

Kutelo said the province met its target of getting 2,700 patients on treatment by March 2005 and aimed to increase the number to 15,169 by March 2006. So far, 6,420 patients are receiving anti-retrovirals through the government program, while 10,094 remain on waiting lists, he said.