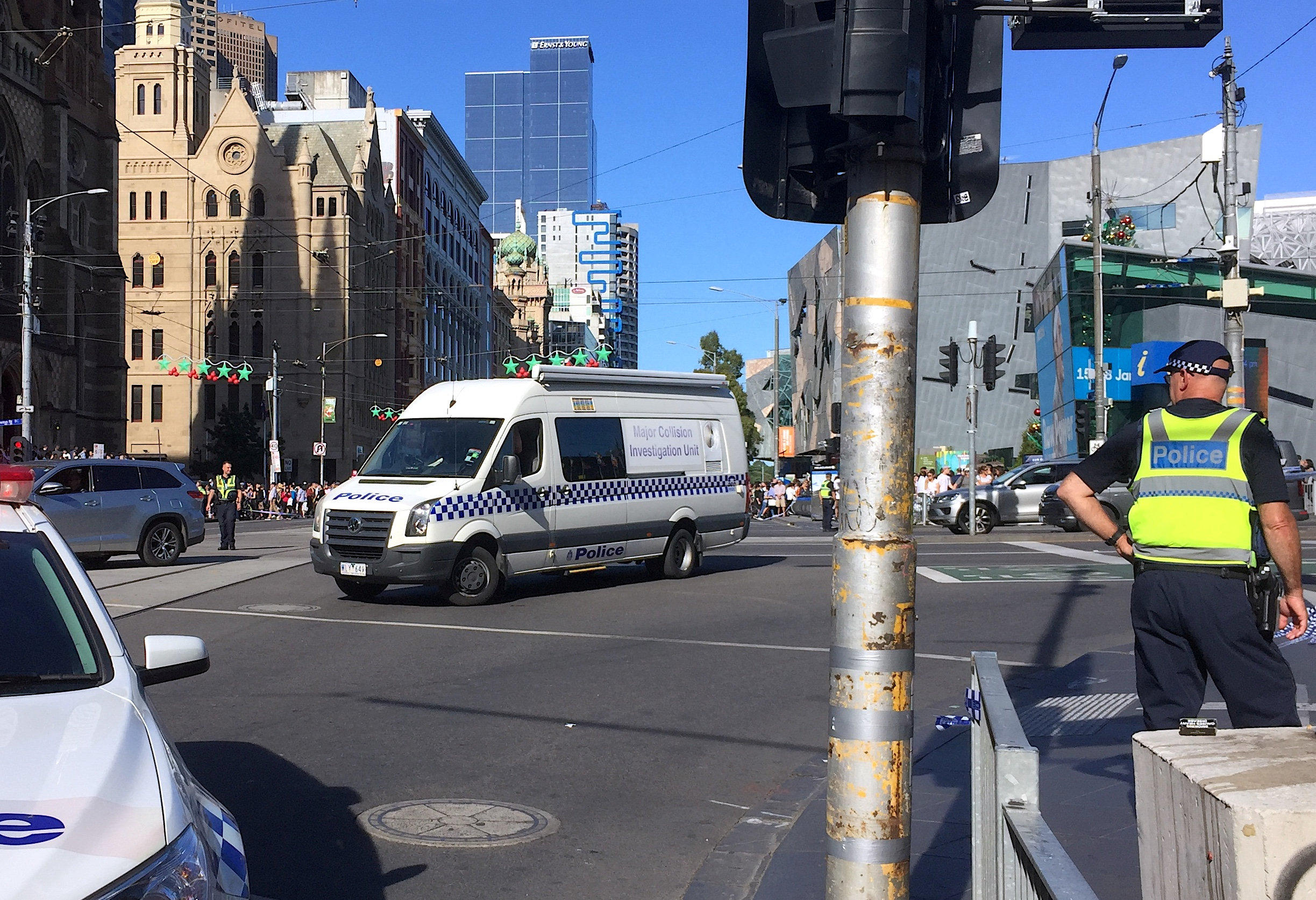 SYDNEY -- A vehicle drove into pedestrians on a sidewalk in central Melbourne on Thursday, injuring at least 19 people. Police arrested the driver and a second man, who was freed quickly, and said they believed it was a deliberate act.

At a news conference after the incident, however, Victoria State Police said they were still trying to determine the motive but there was no evidence to suggest it was an act of terrorism.

"At this time we don't have any evidence or intelligence to indicate a connection with terrorism," Acting Chief Commissioner Shane Patton said, adding that police would "continue to support this investigation with our counterterrorism command to ensure that there isn't that connection and that there is no ongoing threat."

The driver of the vehicle was a 32-year-old Australian citizen of Afghan descent, the police said, adding that he has a history of mental illness and drug use and was known to them before the incident on the crowded Melbourne street.

Police said the second man arrested was not believed to be linked to the incident,"however he is still assisting police with enquiries."

The police confirmed that 19 people had been hospitalized, 15 of them in stable condition and four critical.

They said earlier that the white SUV had crashed into a cable car stop on Flinders Street in the city's central business district just after 4:30 p.m., when the area was busy with Christmas shoppers.

Authorities said a preschool aged child was among those left with serious head injuries in critical condition. Other children were among the victims.

Police were asking witnesses to come forward to help in their investigation, but otherwise requested that people steer clear of the area.

Sky News Australia reported the driver of the white Suzuki SUV was wrestled to the ground and handcuffed after his vehicle crashed into a bollard by a cable car stop.

Witnesses told Sky News the car ran a red light, sped up and then struck the pedestrians in an area with a 25-mile-per-hour speed limit.

"As it (the car) approached this intersection ... it just mowed everybody down, people were flying everywhere," one witness who identified herself only as Sue told radio station 3AW.

Police said in a statement they had "saturated the ... area in the vicinity of Flinders, Elizabeth and Swanston streets to ensure community safety."

Australian Prime Minister Malcolm Turnbull offered his thoughts and prayers to victims and the emergency services in a tweet on the "shocking incident."