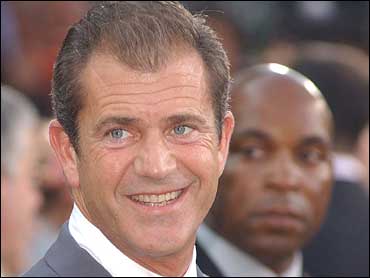 "Bennifer" has been over for months, but the media's love-hate relationship with the celebrity couple continues.

Jennifer Lopez and Ben Affleck have been banished from Forbes magazine's annual Celebrity 100 list, after ranking fifth and seventh respectively last year. This year they didn't make the cut on a list that includes "American Idol" reject William Hung, "Lord of the Dance" Michael Flatley and TV's Judge Judy Sheindlin.

Lopez and Affleck shouldn't take it too hard, though — the magazine said almost 40 percent of the people on last year's list have been cut. Notably absent are Oscar winners Nicole Kidman, Will Smith and Reese Witherspoon.

So who did make the list? Mel Gibson is in the top spot after the phenomenal success of "The Passion of the Christ." Golfer and pitchman Tiger Woods is at No. 2, and TV queen Oprah Winfrey is in third place.

When compiling the list, Forbes said it considers earnings as well as other media metrics such as Web mentions on Internet searches, press clips, TV/radio mentions and the appearances on major magazine covers.

"The Passion" ranks No. 7 on the all-time domestic box-office charts after taking in $369.9 million.

The film, based on Gospel accounts of the last hours of the life of Jesus, received mixed reviews. Some have praised Gibson's commitment to his subject while others called the movie excessively bloody, obsessed with cruelty and unfair in its portrayal of Jews.

Woods gets his ranking despite a slump that has him winless in his last eight major tournaments.