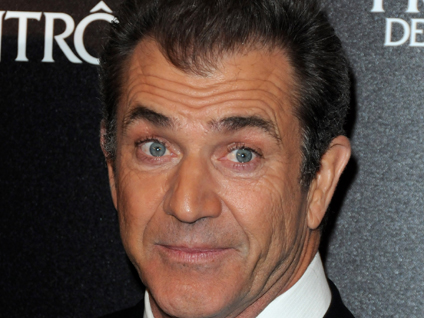 NEW YORK (CBS) Actor-director Mel Gibson is once again talking, and this time not on allegedly secret recordings.

The embattled star met with Los Angeles County Sheriff's investigators on Sunday for a formal interview regarding his allegations of extortion against former girlfriend Oksana Grigorieva.

According to the Los Angeles Times, Gibson, 54, is currently being investigated for alleged domestic violence and child endangerment, but spoke to the detectives only about the extortion allegations against Grigorieva.

"He wanted to make formal complaint for the allegations for extortion and provide information to the detectives," according to sheriff spokesman Steve Whitmore. "Detectives will investigate this wherever it leads."

The meeting with Gibson follows one investigators held last week with the "Lethal Weapon" star's lawyers, who presented to the sheriff's investigators what they said is evidence that supported the claims of extortion.

The Los Angeles Times also reports the attorneys revealed that Grigorieva was after a multimillion-dollar payout when the couple split up earlier this year.

Gibson has yet to speak publicly about the tapes, but his representatives have not denied that it is his voice heard on recordings.