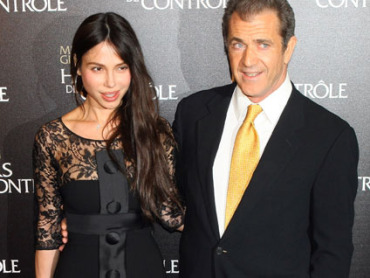 NEW YORK (CBS) Mel Gibson reportedly was caught on tape using a string of racist and derogatory remarks in a profanity-laced argument with ex-girlfriend Oksana Grigorieva.

Internet reports state that the audiotapes were made by Grigorieva. She and the actor are currently in the midst of a custody battle over their 7-month-old daughter, Lucia.

Radaronline.com reports that Gibson is heard on the tape using the N-word and other derogatory phrases in the argument with Grigorieva, along with threatening to burn down her home.

According to TMZ.com, the tapes have been submitted to the judge in the couple's custody battle and are under seal. The website also reports that Grigorieva kept a number of "incendiary emails" that Gibson sent to her.

Grigorieva's attorneys declined to discuss the reports to People magazine on Thursday, while Gibson's rep said, "I have no comment on, and furthermore no knowledge of, the credibility or authenticity of any alleged audio tapes."

In 2006, Gibson unleashed a now-infamous anti-Semitic tirade to police following a drunk driving arrest. He later apologized for his "despicable" comments and "out of control" behavior.