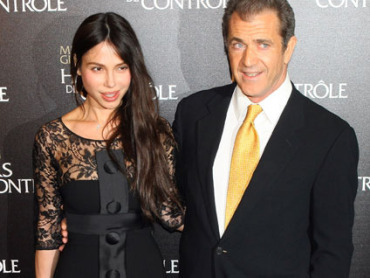 NEW YORK (CBS) The domestic violence investigation focusing on Mel Gibson may soon be handed over to the Los Angeles District Attorney's office, according to an online report.

Sources told TMZ.com that the Los Angeles Sheriff's Department's investigation into complaints made against Gibson by his ex-girlfriend, Oksana Grigorieva, involves three possible offenses - domestic violence, child endangerment and assault with a deadly weapon - and that the case will go to prosecutors this month.

According to the report, the sheriff's department investigation will last approximately 2 more weeks.

Law enforcement sources told the website that Grigorieva has told investigators that the actor abused her both physically and by making threats "many times."

On Thursday, sheriff's officials announced that Gibson was listed as a potential suspect in the alleged attack on Grigorieva, at an undisclosed location in Malibu.

Sheriff's spokesman Steve Whitmore said detectives interviewed Grigorieva on Monday. She has been the only person interviewed so far.

A news release from the agency states the incident occurred Jan. 6 and the investigation is in a preliminary stage.

Gibson and Grigorieva are currently in the midst of a custody battle over their 8-month-old daughter, Lucia.