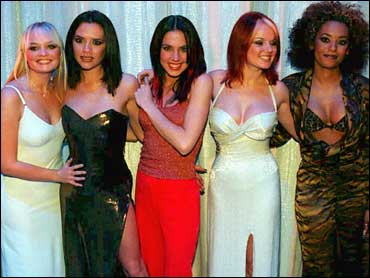 Mel C, who had opposed a reunion of the Spice Girls, has changed her mind.

"For the first time ever, there is some truth in the rumors. We've been discussing it and it could possibly happen," the 33-year-old singer, known as Sporty Spice, told British Broadcasting Corp. radio.

"I've always said, 'I don't want to do it, the past is the past. It was amazing, it was magical. We could never recreate it,' " she said. "But this year people have been talking about it and some of the girls have expressed an interest in doing it."

Mel C, who was born Melanie Chisholm, added: "There is just so much great feeling out there and I just thought, 'You know what? I don't want to be the person that stops it happening or stops it being a five-piece.' "

However, she added: "If the Spice Girls were to get back together it would be for a very short space of time. It would be a final goodbye and a 'thank you' to all the fans all over the world."

Their 2000 album, "Forever," had weak sales, and the Spice Girls began concentrating on their solo careers.