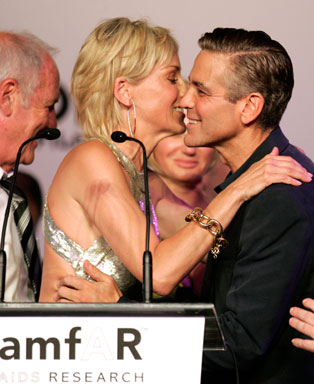 Mel Brooks is obsessed with his ethnicity. But there's a good reason, as he explains to Mike Wallace Sunday on 60 Minutes.

Brooks, who says it demonstrates his depseated anger at anti-Semitism, also spoke about turning his movie comedy "The Producers" into a Broadway play.

Brooks says of focus on his religion: "Maybe because I'm angry. Who knows? It may be a deep-seated anger at anti-Semitism. Yes, I am a Jew. I am a Jew! What about it?" he asks, his voice rising, "What about it? What's so wrong? What's the matter with being a Jew?" Brooks adds, "I think there is a lot of (anger at anti-Semitism) way down deep beneath all the quick Jewish jokes that I do."

Some of that pent-up animosity comes from his experience in the Army. "I was in the Army. 'Jewboy! Out of my way, out of my face, Jewboy,'" he recalls soldiers saying to him. Brooks, who served in World War II de-activating land mines, spent a short time in the stockade for getting even with one heckler. "I took his helmet off. I said, 'I don't want to hurt your helmet 'cause it's G.I. issue.' And I smashed him in the head with my mess kit," he says.

"You have to bring him down with ridicule, because if you stand on a soapbox and you match him with rhetoric, you're just as bad as he is, but if you can make people laugh at him, then you're one up on him," he tells Wallace. "It's been one of my lifelong jobs - to make the world laugh at Adolf Hitler," says Brooks.

The robots of Boston Dynamics
Thanks for reading CBS NEWS.
Create your free account or log in
for more features.
View CBS News In
CBS News App Open
Chrome Safari Continue
Be the first to know
Get browser notifications for breaking news, live events, and exclusive reporting.