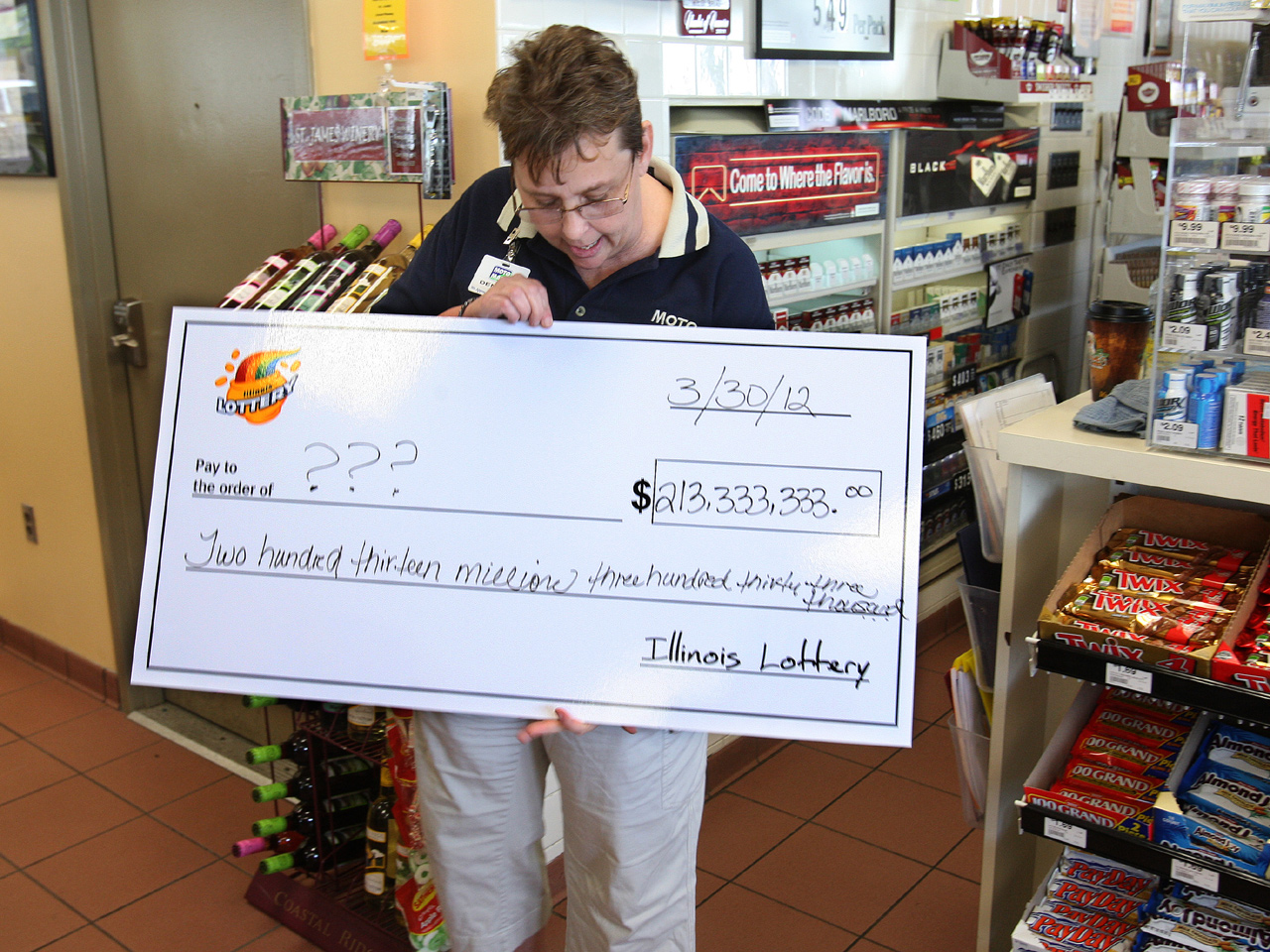 (CBS/AP) - After all the rush to buy tickets, none of the three ticket holders who matched all six numbers in the record-breaking Mega Millions $656 million jackpot have come forward.

The tickets were purchased in Red Bud, Ill., Milford Mill, Md. and an undisclosed town in the northeast of Kansas. The winning numbers were 2-4-23-38-46 and the Mega Ball was 23.

Mega Millions officials announced Monday that when all the sales from all 44 Mega Millions lotteries were calculated and totaled, the jackpot reached $656 million -- $16 million more than previously thought -- because of all the unprecedented sales.

"It's just unbelievable. Everyone is wanting to know who it is," Denise Metzger, manager of the MotoMart in Red Bud, said. Her store will receive $500,000 for selling the winning ticket. While chances are someone in the tiny farming community with a population of 3,700 bought the ticket, someone passing by the area including those en route to work or visiting an inmate at the maximum-security prison down Illinois Route 3 could may be the winner.

"All day yesterday, I was selling tickets and I was hoping someone from Red Bud would win," she said."I'm sure there's not one person in this town that couldn't use the money."

In Maryland, a McDonald's employee claims she has the winning ticket. Mirlande Wilson told the New York Post she bought the ticket independent of her work's group pool. Her co-workers are crying foul, claiming the ticket she bought was actually part of their group buy.

However, most are skeptical of her claims a clerk at the 7-Eleven that sold the winning ticket said that lottery officials reviewed the security video and had determined a man bought it. Stephen Martino, director of the Maryland Lottery, told CBS station WJZ in Baltimore, Maryland that the winning ticket was purchased at 7:15 p.m. at the 7-11 on Liberty Road. It was a quick pick and only one ticket was purchased.

Maryland lottery representative Carole Everett would not confirm the gender of the purchaser to the New York Post, and lottery officials said that no one from Maryland has come forward to take their prize.

In Kansas, lottery spokeswoman Cara Sloan-Ramos said Monday that no one has contacted the lottery about the prize from Friday's drawing. The winning ticket was purchased in northeast Kansas, though lottery officials don't plan to identify the store until the winner comes forward.

There is one winner that is already known: Illinois schools. CBS station WBBM in Chicago said that the lottery generated $31.5 million for the state's Common Schools Fund.

At least 11 others matched five numbers in the Mega Millions, and 10 of them will collect a less prize of $250,000 each, according to WBBM. One of them opted for the Megaplier feature of the game, meaning they will take home $1 million.