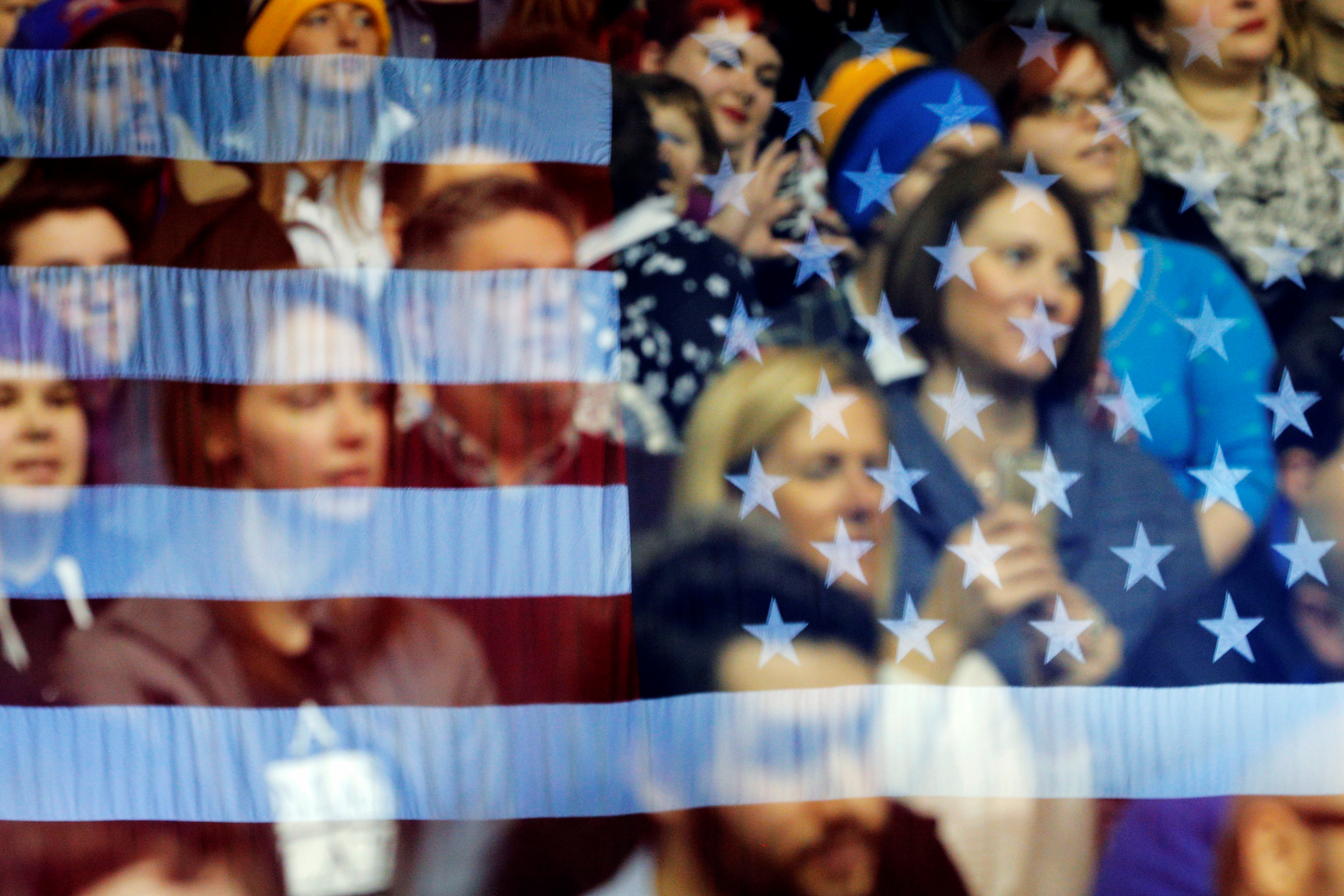 When Bernie Sanders' campaign opened their Brooklyn office in late March it was trampled by volunteers and it has not seen a slow day since that opening. Marked with a retro flashing OPEN sign, the building has become the pivotal meeting hub for the amateur politicos fueling the Vermont senator's bid for the Empire State.

The campaign's unofficial motto -- come one, come all -- has attracted unlikely volunteers who have never been involved in American politics. Some of the most important campaign volunteers cannot even vote. Yet these unlikely supporters they have proved to be the real force behind the campaign's New York City operations.

There is an office manager who is an unemployed single mother, a 16-year-old who started the organization "High Schoolers for Bernie" and a Frenchman who has evolved as an invaluable asset in explaining the digital platforms to new volunteers.

Let's start with Lisa Fythe, the volunteer office manager. Dressed in a Bernie t-shirt and sporting a pair of silver hoop earrings, the middle-aged unemployed single mother has never been involved in a political campaign in her life.

"When they announced that the campaign staff would be landing and opening up here in Brooklyn just a few blocks from my house I came over on the Saturday," Flythe recalls.

She went into action. She put up signs on the main street to alert folks of the opening-day block party. She moved tables into place for the canvassers. She set up the office supplies in an organized fashion. Anything that needed to be done, Flythe did it.

"So by the end of the day they were like do you want to be the office manger," Flythe recalls. "At the time I was unemployed and it was such a great opportunity. They would put trust in me. I was like yes!"

In the run-up to Tuesday's primary Flythe spent 60 to 70 hours a week at the office. Flythe, who is living off her savings right now, is unfazed by the lack of payment. A campaign spokesperson explained that they are trying to get her retroactively paid, once it became clear Lisa's contributions went beyond her initial involvement as a volunteer.

"It is cool when you fit right in you belong everyone pulling their oars in the same direction, really hard. No one is afraid of the work," Flythe says. She looks around the room as if it is her canvas. It is marked with boxes of campaign information, wish lists that include sleep, water and Double AA batteries and piles of half-eaten snacks like cheese puffs and broccoli.

The office also relies on institutional knowledge from an unlikely suspect: 27-year-old Clement from France.

"I came for Bernie," explains Pairot. After campaigning for a climate march in Paris that never came to fruition, Pairot got a tourist visa and headed to the US for Sanders. Upon landing in Iowa in January, Pairot decided to go by "Clay" because, he says, Americans cannot pronounce Clement.

He stuck with the campaign and his American name as he went to volunteer wherever the campaign needed him: Nevada, Ohio and New York. Pairot cannot vote in the US presidential election, but here is how he justified his work: "I breathe the same air as American people."

The Brooklyn-based volunteers say they're thankful.

"He is very familiar with all of the systems that we are adopting electronically," says a fellow Sanders supporter sporting a jean shirt sitting at a plastic table in the office with Pairot. "I am a local from Greenpoint. I am not sure how we would have done it without him."

The office would not have attracted as many youth volunteers without Hannah Zimmerman - the 16-year-old founder of High Schoolers for Bernie.

On Saturday she was at the office before heading to her SAT prep course.

"We can meet in here and we do not have to worry about someone's parents kicking us out of their apartment," Zimmerman explains, reflecting on the day she was kicked out of a house because the parents were not Sanders supporters.

Zimmerman has something in common with Pairot -- she cannot cast a ballot in this election. She is too young. But, she says, she's set up High Schoolers for Bernie in 15 city schools and has registered 6,000 high school students to vote, and is confident that her efforts will make a difference in the primary.

Sporting a skirt and white converse sneakers smeared with dirt, Zimmerman speaks fluently about her "love" for Sanders. She puts that passion to work when she tries to convince Clinton supporters to "feel the Bern."

"My passion for Bernie exceeds their passion for Hillary," Zimmerman explains when she compares herself to Clinton supporters. "Whenever I have said do you guys love Hillary they say well that is a little bit of a stretch. And I love Bernie."

At the Brooklyn office Zimmerman says she found new energy because she feels like she is part of something bigger, something new. She says it is a "fresh movement."

But not everyone at the office is young. And it is not fair to say they are all new to politics, either. But many of them have not been involved for a long time.

"To see the younger generation finally being out and understanding what can solve the problems of this country I am so happy and joyful to be alive," explains Ted Auerback, a retired 68-year-old teacher and Brooklyn native.

He stands outside of the Brooklyn office and talks to the young volunteers at the canvassing table.

"I am a '60s radical and I have been waiting 50 years for this," Auerback said before heading back out to knock on more doors.