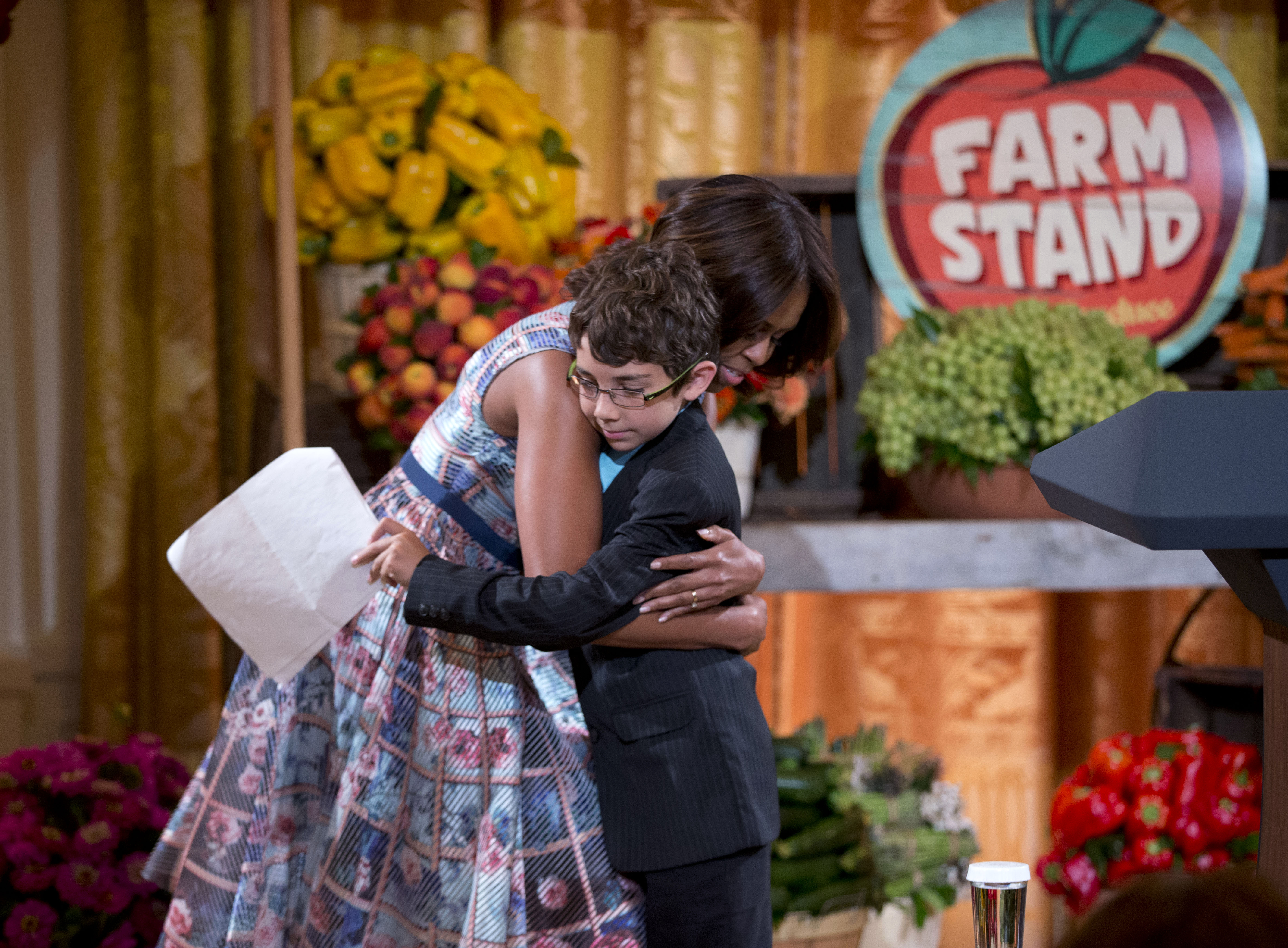 First Lady Michelle Obama has invited more than a dozen people to sit with her in the House Chamber on Tuesday night for the State of the Union Address, including a young boy from Bear, Delaware.

In Washington on Tuesday Braeden Mannering, with his mother in tow, had private meetings with the Secretary of Agriculture and his home state Senator, Tom Carper of Delaware.

You might be wondering what a 12-year-old did to earn such special treatment.

Well, it started when he was just 9 years old and entered a recipe in the First Lady's healthy eating contest. He won, and was invited to the Kids State Dinner at the White House where Mrs. Obama challenged him to make a difference in his community.

Two days later, when he saw a homeless man on the street in the rain, inspiration struck.

"I couldn't stop thinking about him and how he could be cold or hungry or tired," said Braeden.

So he put together a bag of food and asked his mother to help him find the man.

"I got out of the car, I gave him the bag and the umbrella and he said thank you, and then I knew what to do," he said.

He knew he had to feed the hungry -- so he created Brae's Brown Bag which so far has distributed 4,600 bags of healthy food.

"It makes me feel happy, but at the same time not very happy because I know they're all out there," he said. "But as long as I'm there it'll be good."

His mother Christy is so proud she can hardly believe this is her son.

"People often say, you're doing a great job raising him and I say, he's raising me too," she said.

Braeden said the key is to change how people see the homeless.

"I treat them as if they were my family," he said.

He hopes his seat of honor tonight in Washington will inspire others to feel that way too.