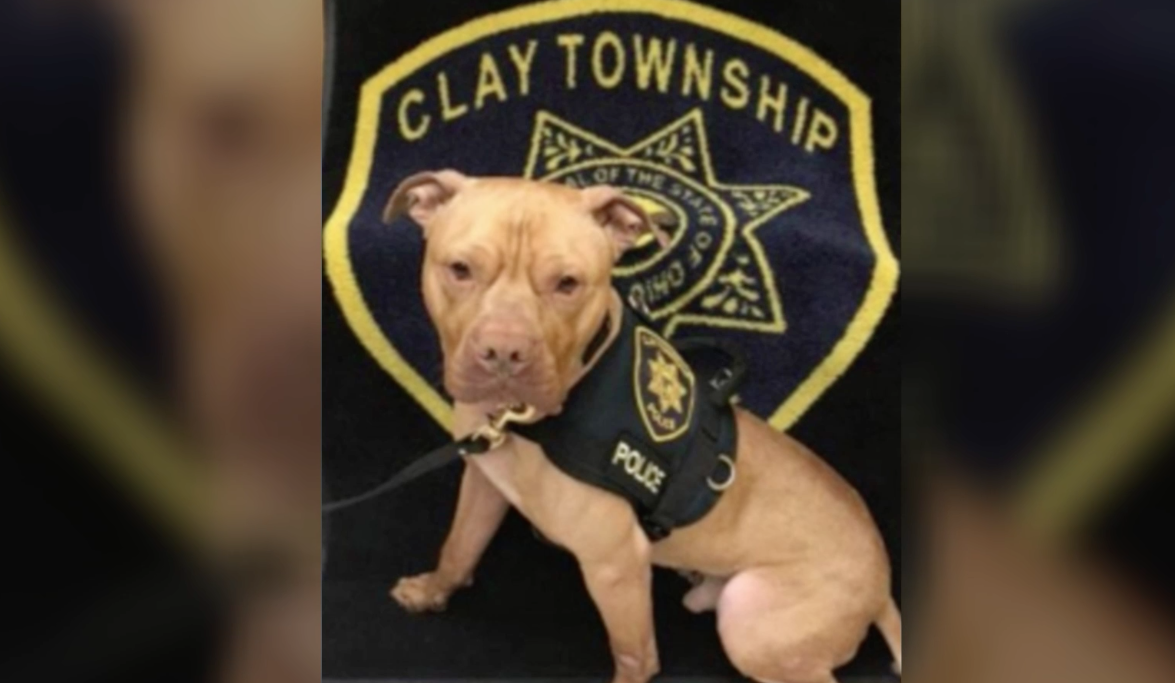 When a 1-year-old stray pit bull was rescued back in October, employees at a local animal shelter knew they would have a difficult time placing him.

"Whatever you're carrying, a wallet, key, bucket, a toy, food — he wants it," explained Alloway, adding that the pit bull exhibited very high hunt, ball and possessiveness drives, none of which make adoption likely. "That's problematic."

Luckily, Leonard was placed in the right shelter.

"A traditional household was not an option for Leonard," Alloway said. "He's definitely not a couch potato."

But Alloway, who has been training police dogs for 20 years, saw Leonard's potential.

"If you throw a ball into the woods and a dog doesn't see where the ball went — does he stay out in the woods and search for it, or does he give up?" Alloway asked. "Leonard would stay out there until you have to drag him back in the house."

Leonard's focus made him a perfect candidate to become a police narcotics dog.

It was there Leonard was trained and introduced to Clay Township Police Chief Terry Mitchell — his new handler.

If it weren't for Alloway, an "unadoptable" Leonard would have been euthanized, the Clay Township Police Department said in a statement.

"Fortunately, UCHS Director Jim Alloway recognized those traits as being traits needed for Law Enforcement work," the department added. "Storm Dog Tactical trained Leonard for narcotics detection and then made him available for adoption."

"Detective Leonard" will soon be on patrol in Clay Township and will be seen regularly in the Genoa School District helping to keep the area drug free, Mitchell told CBS affiliate WTOL.

"He would just as soon climb on your lap and give you kisses and go to sleep as he would anything else, but he's really taken to the vest," Mitchell said. "When you put that vest on him he's all business. It's like he knows it's time to go to work."

Leonard's story is a perfect example of why you should never give up on a dog, Alloway said.

"We should be treating each animal individually, doing out best that we possibly can with each one," Alloway said. "Maybe that's finding them a home with a traditional family with two kids and fenced backyard, maybe not."