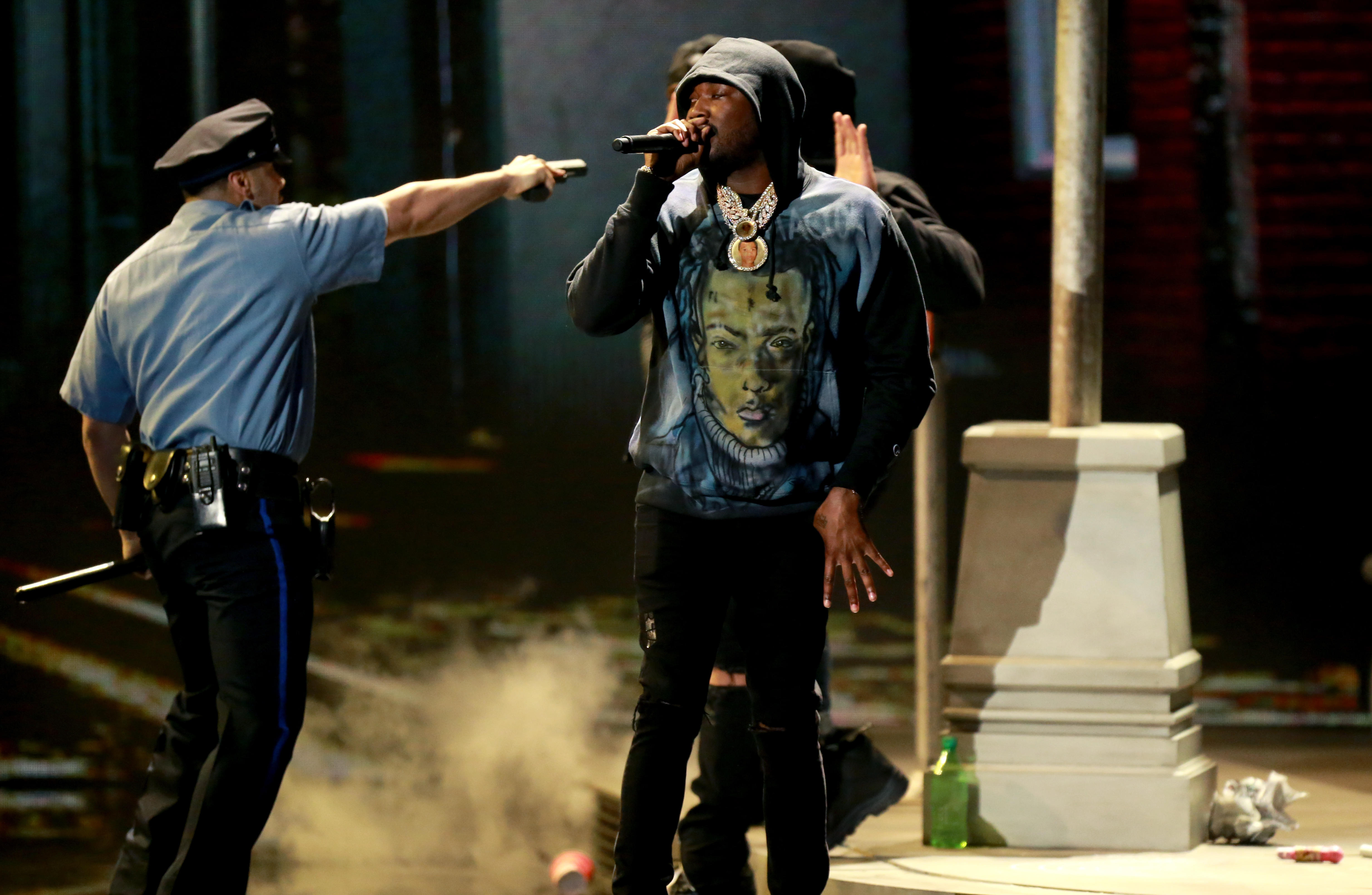 Meek Mill, who was released from prison in April, debuted his new song, "Stay Woke," at the BET Awards Sunday night. The rapper performed on a stage transformed into a street corner, featuring hustlers, children and police officers. The song, which featured singer Miguel, was Mill's first since his release.

Mill's performance showed neighborhood people and their children congregating on the street corner, but soon police ran in to arrest people. Later on in the powerful performance, a mother screamed as her child was shot and an officer laid an American flag over the body.

Mill rapped, "How can I pledge allegiance to the flag, when they killing all our sons, all our dads?" Later, he was joined on stage by men in prison uniforms who stood behind bars.

The rapper wore a hoodie featuring the face of XXXTentacion, the 20-year-old rapper-singer who died after being shot last week. XXXTentacion was ambushed by two suspects as he left an upscale motor sports dealership on June 18 in South Florida. It was believed to be a random robbery; police have arrested a suspect.

In November, Mill was sentenced to two to four years in prison for violating probation on a nearly decade-old gun and drug case.

Judge Genece Brinkley, who sentenced the rapper for the probation violation, said Mill wasted several chances to clean up his act after the 2009 case. The sentence came against the recommendation of the prosecutor, who said Meek Mill had matured since his original crime. Brinkley said the prosecutor did not know the case as well as she did and that the rapper just "does what he wants." Demonstrators took to the streets to protest the ruling.

Philadelphia Mayor Jim Kenney, New England Patriots owner Robert Kraft and rapper Jay-Z came to Mill's defense. He got out of jail in April after the Pennsylvania Supreme Court ordered his immediate release. The state's highest court directed Judge Brinkley to let the rapper out on "unsecured bail."