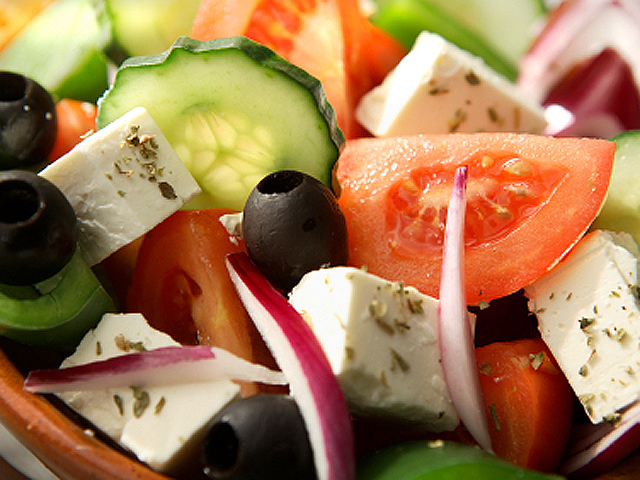 Chalk up another possible benefit to following a Mediterranean diet.

A new study suggests that people who follow a Mediterranean-style diet have less small blood vessel damage in the brain.

Eating a Mediterranean diet has already been linked to a lower risk of what's called the metabolic syndrome, heart disease, stroke, and dementia.

But researchers say no study has looked at the diet's possible link to white matter hyperintensity volume (WMHV) in the brain, which might help explain some of these beneficial effects.

WMHV is an indicator of small blood vessel damage in the brain and is detected by magnetic resonance screening (MRI). WMHV can be found in the average person as he or she ages. Previous studies have shown that high amounts of WMHV in the brain can predict a higher risk of stroke and dementia.

In the study, researchers compared the brain scans and diets of 966 adults with an average age of 72. The participants' reported diets were rated according to how closely they followed a Mediterranean diet.

This benefit remained consistent even after adjusting for other risk factors for small blood vessel damage in the brain, like smoking, diabetes, high blood pressure, and abnormal cholesterol levels.

Diet as a Whole Important

Researchers say the aspect of the Mediterranean diet that seemed to matter most was the ratio of monounsaturated fat to saturated fat.

But researcher Hannah Gardener, ScD, of the University of Miami Miller School of Medicine, and colleagues say their results suggest that "overall dietary pattern, rather than any of the individual components," may be more relevant in explaining the healthy benefits of the Mediterranean diet.

The results appear in the Archives of Neurology.