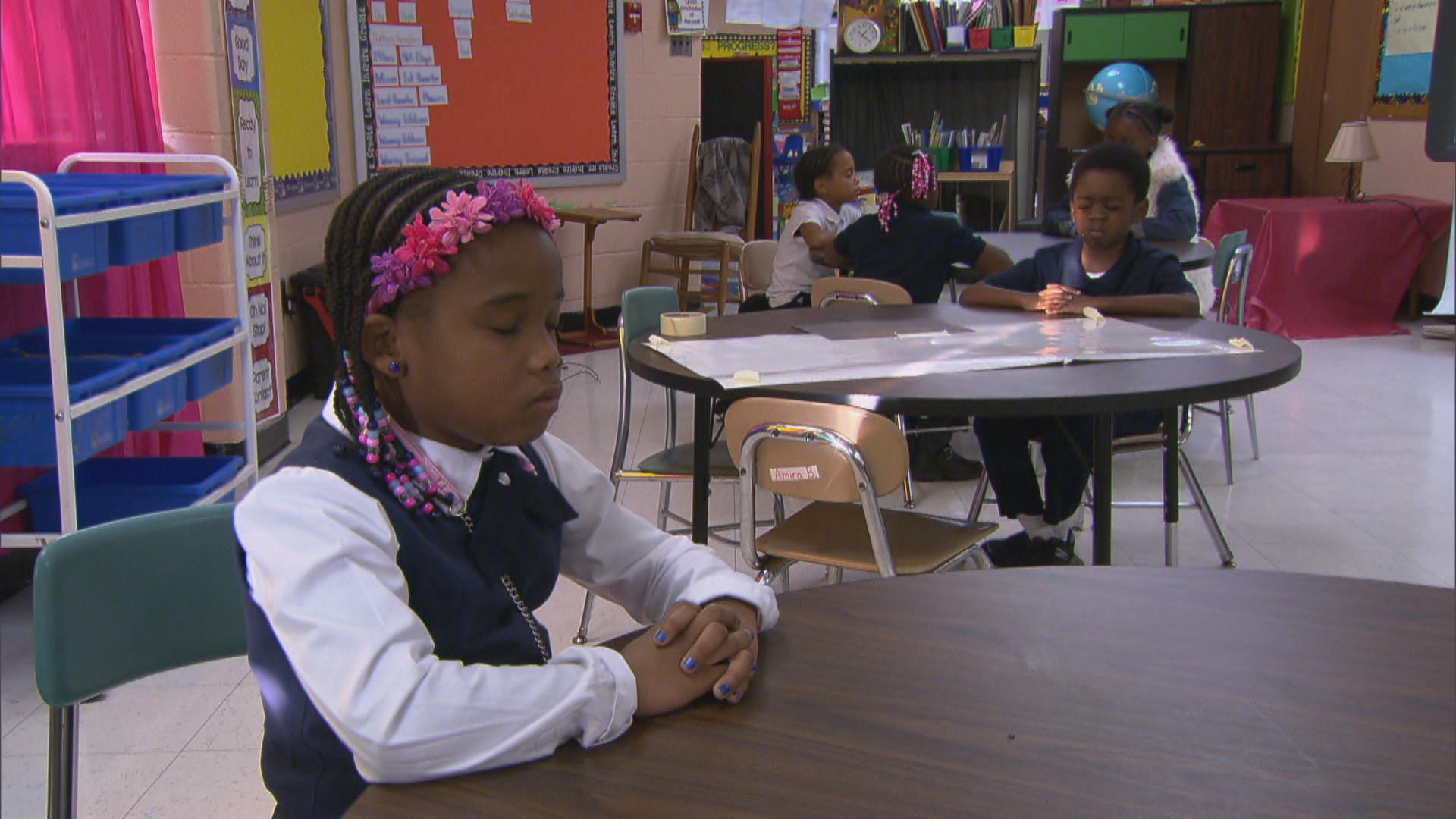 During the morning rush, Robert W. Coleman Elementary School is as bustling as any other school. But after the buses arrive and the kids pour in, the usual classroom chatter comes to a complete stop.

The students here learn to seek their inner peace. Every day begins with what the school calls a “mindful moment” – a 15-minute blend of yoga and meditation.

It’s not what you’d expect from a school in West Baltimore, but it’s the dream of two brothers from right here in the neighborhood, reports CBS News correspondent Tony Dokoupil.

Twice a day, more than 300 students take part in the “Mindful Moments” program. They learn to breathe, stretch and block out distractions.

Principal Carillian Thompson said this has made a “huge difference.”

“They actually taught the students how to redirect that negative energy into something positive,” Thompson said.

“So, have you seen suspensions go down?” Dokoupil asked.

When students fight or misbehave at Coleman, they aren’t sent to the principal’s office. Instead, they are sent to the “mindful me” room, where they’re taught to resolve conflicts peacefully and teach each other what they’ve learned.

The students taught Dokoupil how.

“Alright, how do I do it?” Dokoupil asked.

“Sit up straight,” one student, Joshua, explained. “Breathe through your nose.”

Other students joined in.

“Sierra, how does it make you feel?”

The program is the vision of Ali and Atman Smith, who grew up nearby in one of Baltimore’s most volatile neighborhoods.

Many of the children witnessed the riots that erupted in their city in 2015. The brothers say their mission is now also a matter of personal activism.

“We’re teaching kids at a young age to try to really make a change in our community as far as how conflicts are resolved,” said Atman Smith. “Because if they were about the past, it brings about anger or if they worry about the future, it causes anxiety. And these techniques kind of make you focus on the present, which that’s all there really is.”

The brothers have an even larger vision for the future – to reach over 4,000 kids in a total of 14 schools in Baltimore alone.

U.S. fighter in Ukraine glad to see friends alive, even in Russian hands
Thanks for reading CBS NEWS.
Create your free account or log in
for more features.
View CBS News In
CBS News App Open
Chrome Safari Continue
Be the first to know
Get browser notifications for breaking news, live events, and exclusive reporting.