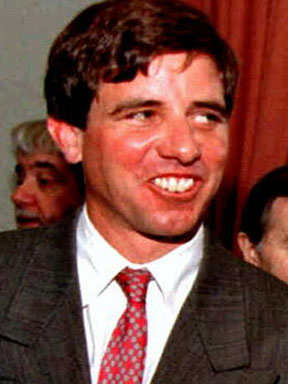 The Journal of the American Medical Association has put aside presenting medical advances this week to turn a critical eye on itself, finding imperfections in the way it and other medical journals report scientific research.

Some problems can be traced to biases and conflicts of interest among peer reviewers, who are outside scientists tapped by journal editors to help decide whether a research paper should be published, according to several of the JAMA articles.

Wednesday's JAMA, devoted entirely to such issues, "is our attempt to police ourselves, to question ourselves and to look at better ways to make sure that we're honest and straightforward and maintain the integrity of the journals," said Dr. Catherine DeAngelis, JAMA's editor.

The articles "underscore that the findings presented in the press and medical journals are not always facts or as certain as they seem," said Rob Logan, director of the Science Journalism Center at the University of Missouri-Columbia.

DeAngelis said problems are most likely to occur in research funded by drug companies, which have a vested interest in findings that make their products look good.

Many top journals require researchers to disclose any ties to drug companies, and Dr. Jeffrey Drazen, editor of the New England Journal of Medicine, said editors rely on researchers to be truthful.

"I imagine that from time to time we screw up" and fail to adequately mention drug company ties, but that is infrequent, Drazen said.

One JAMA report found that medical journal studies on new treatments often use only the most favorable statistic in reporting results, said author Dr. Jim Nuovo of the University of California at Davis.

His study reviewed 359 studies published between 1989 and 1998 in JAMA, The New England Journal of Medicine, The Lancet, the British Medical Journal and Annals of Internal Medicine. Only 26 studies reported straightforward statistics that clearly assessed the effect on patients.

Most reported only the "relative risk reduction" linked to a specific treatment, which is the percentage difference between drug-treated patients and those in a placebo group. That figure is more misleading than the "absolute risk reduction," which measures the actual difference between the treatment results compared with the placebo group, Nuovo said.

Releases were generally prepared by press officers, and the authors said better editorial oversight could improve the process.

In a third JAMA report, Dr. Richard Horton, The Lancet's editor, analyzed 10 research articles published in his journal in 2000 and found that some authors appeared to have censored critical comments from their co-authors. Disagreements among authors about a study's conclusions occurred frequently but often were not mentioned in the articles, he said.

Reforming the peer review process could address some problems, said Fiona Godlee of BioMed Central, an online medical journal publisher that asks peer reviewers to identify themselves in their reports.