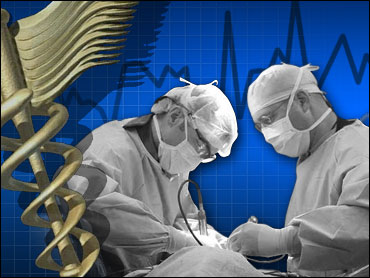 An investigation by the Hearst Corporation says an estimated 200 thousand Americans will die this year from preventable medical errors and hospital infections.

What's more, says the report, in the 20 states that make medical error reporting mandatory, hospitals report only a tiny percentage of their mistakes, standards vary wildly, and enforcement is often nonexistent.

Heart also blames special interests for blocking progress in this area, noting that, "Ten years ago, the highly-publicized federal report, 'To Err Is Human,' highlighted the alarming death toll from preventable medical injuries and called on the medical community to cut it in half in five years. Its authors and patient safety advocates believed that its release would spur a revolution in patient safety.

"But Hearst's 'Dead By Mistake' reveals that the federal government and most states have made little or no progress in improving patient safety through accountability mechanisms or other measures. According to the Hearst investigation, special interests worked to ensure that the key recommendations in the report -- most notably a mandatory national reporting system for medical errors -- were never implemented."

On "The Early Show" Monday, CBS News Medical Correspondent Dr. Jennifer Ashton described some of the most common medical miscues and offered advice to help keep you from becoming a victim of such an error, observing that, "This kills more people each year than car accidents":

Wrong-side/wrong part of body surgery: This why surgeons should PERSONALLY sign or initial the skin of the patient over the area that's being operated on; patients should remind all surgical personnel about the side and site of the procedure.

Medication error:: Patients should ask what every single medication is that they're given while in the hospital and remind EVERYONE who approaches them with drugs of any allergies they have. Also be aware of dosage mistakes and sound-alike medications (such as Heparin and Hespan).

Look the surgeon in the eye before an operation: My personal rule: I accompany every single patient of mine into the operating room while they're still awake/non-sedated. Often, the surgeon comes in after the person is sedated, and then the possibilities exist of mistaken identity and/or side and procedure mistakes.

Some of the things thought to be responsible for medical errors include: