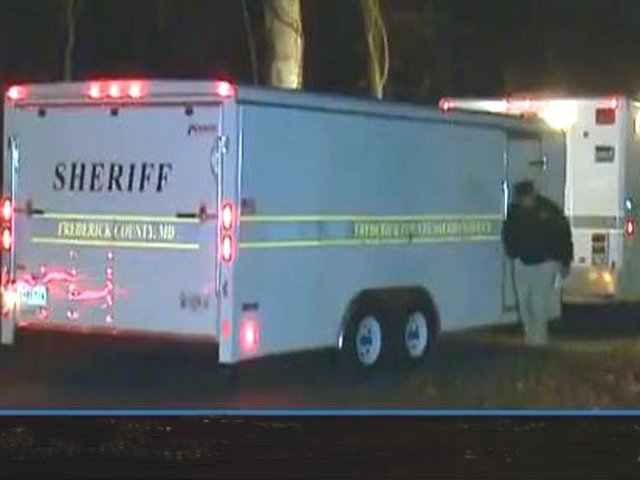 HAGERSTOWN, Md. - A 5-year-old girl who hid from arguing adults survived a shooting rampage that claimed the lives of her parents and infant brother, the Frederick County Sheriff's Office said Thursday. Police were treating the case as a murder-suicide.

After the shootings Wednesday night near New Market, the girl went to a neighbor's house and told them her mother, father and brother were hurt, Capt. Tim Clarke said.

Deputies who responded to the 8:15 p.m. call found all three victims dead from shots apparently fired from a handgun found at the scene, Clark said.

The bodies of a 40-year-old man, 42-year-old woman and an infant boy, less than a year old, were sent to the state medical examiner's office in Baltimore for autopsies.

Police say the girl was unharmed and in the care of Child Protective Services.

The shootings happened in a subdivision near New Market, about 35 miles west of Baltimore.

Clark said he wasn't aware of any suicide note. He said details of the incident were sketchy because the surviving child is the only known witness.

"We're still trying to piece a timeline together," Clark said. "The problem is, we have a 5-year-old who is severely traumatized, so we're trying to limit the amount of discussion we have with her."

Police were withholding the victims' names pending notification of their relatives. Clark said the woman's family lives in Italy, so investigators have asked the U.S State Department to help notify them through its embassy in Rome.