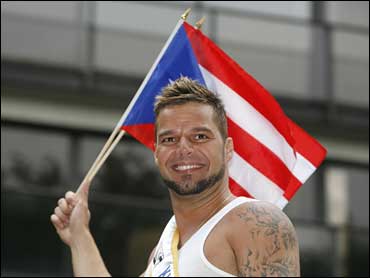 The government spent $13.8 million in public funds to defend Timothy McVeigh on charges he killed 168 people and injured hundreds more in the 1995 bombing of a federal building in Oklahoma City, a federal judge said Friday.

The federal government spent $13,780,835.83 to hire private attorneys and cover other costs of McVeigh's defense until his execution.

Stephen Jones, who represented McVeigh at trial, said before the figures were released that the expenses were justified and that McVeigh got a good defense.

Jones said the investigation was made more difficult by McVeigh's refusal to cooperate with defense attorneys, forcing them to go out and find evidence that might help in the defense.

McVeigh, 33, was executed by injection on June 11 at a federal prison in Terre Haute, Ind., the first inmate executed by the government in 38 years.

McVeigh originally was scheduled to die May 16, but the government postponed the execution after it was disclosed the FBI withheld nearly 4,500 pages of documents from his defense before his 1997 trial.

Only in recent months did McVeigh publicly admit to the bombing, telling the authors of a book that it was necessary to teach the U.S. government a lesson. "I did it for the larger good," he said.

He called the 19 children killed in the attack "collateral damage," and said he wanted a high body count.

The figures released Friday do not include costs of defending Terry Nichols and Michael Fortier, also convicted in the bombing.

Nichols is serving a life sentence. He was convicted in Denver of federal involuntary manslaughter and conspiracy charges for the deaths of eight law enforcement officers. Oklahoma prosecutors have filed 160 state murder charges and are seeking the death penalty.

Fortier, a former Army friend of McVeigh, is serving 12 years after pleading guilty to failing to warn federal or state authorities of the bombing plot, about which McVeigh had told him. He also pleaded guilty to helping McVeigh transport and sell stolen firearms and to lying to FBI agents about the bombing.

McVeigh, a Gulf War veteran, was convicted of murder, conspiracy and mass weapons charges in the April 19, 1995, bombing of the Alfred P. Murrah Federal Building.

The amount the government spent to aid in his defense included $4.5 million spent on McVeigh's lead attorneys, including Jones. An additional $756,000 went to Richard Burr, who helped with McVeigh's numerous appeals.

The total spent on attorney's fees was about $6.7 million. About $1.5 million was spent for attorneys' staff and housing and security.

About $2 million was spent on defense investigators, and $3 million was spent for expert witnesses in the fields of chemistry, ballistics, explosives, firearms, engineering, fingerprints, terrorism, padlocks, hair and fibers, meteorology and eyewitness ientification.

Another $542,000 was spent on travel costs for the McVeigh and Nichols cases.

Children Look At Love And Marriage