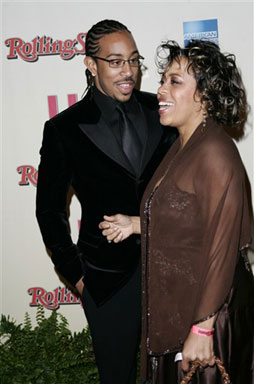 Chicago Bears quarterback Cade McNown, admitting he made a mistake nearly three years ago, pleaded no contest Thursday to a misdemeanor charge of illegally possessing a handicapped parking placard.

All 16 have been ordered to pay $1,485 in fines and perform 200 hours of community service, and also must spend a day meeting with the disabled and their advocates.

The final three charged in the matter were scheduled for arraignment Thursday in Los Angeles Municipal Court, but were granted continuances until Oct. 20.

It read: "During offseason workouts at UCLA, I applied for a handicapped parking sticker. Although I was injured, the process by which I acquired the permit was wrong, and for that I am sorry. I had trouble getting around, but applying for the sticker minimized the needs of permanently disabled persons. I deeply regret the incident occurred, and hope people don't judge me on this particular mistake."

McNown refused to comment further, citing the advice of his lawyers. He could not be found earlier when the Bears' locker room was open following practice.

Safer emphasized outside court that McNown never used a handicapped parking space, and said the state had no such evidence.

"The crime is obtaining and possessing this handicap sticker," Safer said. "He did not obtain the placard through correct channels, and he acknowledges that. He should have followed procedures and seen a doctor himself instead of somebody else obtaining a doctor's signature."

Safer said the All-American quarterback, who led the Bruins to the Pac-10 championship last season, believed at the time that the doctor's signature was valid. The lawyer wouldn't elaborate further.

McNown was a first-round draft choice of the Bears last April.

Marvin Demoff, Atkins' lawyer, said it was "highly likely" his client would do just that.

"It was an unfortunate situation and one that is best resolved," Demoff said.

Howard Silber, who represents Hicks and Ayanbadejo, said his clients "just aren't ready to accept what the other defendants have pled to already, although I'm not saying we won't. We'd like to get this thing resolved sooner than later."

The city attorney's office brought charges July 8 against 14 current or former players alleged to be part of the disabled parking scam, and five more were charged Sept. 13. Nine entered pleas on July 28, four more on Sept. 14.

Ten, including Whitfield, are members of the current team and were suspended for the season's first two games.

California law allows people with temporary or permanent disabilities to obtain permits to park in special handicap spaces, to use metered spaces for free and to park in limited-time zones indefinitely.

The football players allegedly used the placards to avoid the $132-per-semester fee for parking on campus and to park in the area around UCLA where parking problems are chronic.