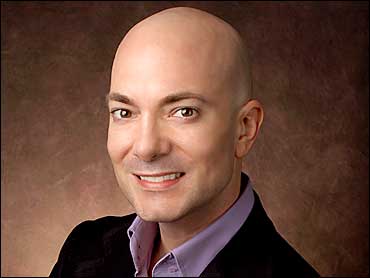 After just four days of training camp, McNown made the most of his chance to run the Chicago offense one extra time, taking the Bears on a 56-yard, eight-play drive that included an impressive 21-yard pass and another grip-it-and-rip-it that kept the series alive. The Bears settled for Todd Sauerbrun's 30-yard field goal, but McNown gave the 37,721 fans who showed up some hope for this season.

"I enjoyed getting a chance to go out there and play," he said. "I said earlier it wasn't pretty, but at least we won. Every win is beautiful."

Sauerbrun kicked a 31-yard field goal with 6:50 left in the fourth quarter to give Chicago a 9-6 exhibition victory over the Indianapolis Colts. The Colts had one more chance to tie the game, but Mike Vanderjagt's 45-yard field goal attempt was wide right with 3:47 left.

Sauerbrun scored all of the Bears' points, also kicking a 25-yarder at the end of the first half.

"He (McNown) makes things happen," said Dick Jauron, who made his debut as Bears coach. "He did it in college and that's what we expected of him and that's what he did."

McNown, who finished 2-of-6 for 24 yards, wasn't even supposed to be in the game for a third series. After holding out for 11 days, he agreed last Monday to a deal that could pay him as much as $22 million over five years, and Jauron planned to play him only a series or two.

But those first two series were so forgettable he went three-and-out on the first series and took a nasty 9-yard sack in the second that Jauron decided to give him one more shot. And on the third try, McNown showed flashes of why the Bears picked him 12th overall and paid him all that money.

On second down, Jason Chorak and Nate Hobgood-Chittick were already in McNown's face when he let loose with a pass to Damon Washington. Washington had to reach a little, but he made the catch and scooted a couple of more yards for a 21-yard reception.

"It was good to finally move the chains," McNown said. "You don't worry about how you do it. You're just glad it happens."

Two plays later, McNown recovered a bobbled snap and then let loose, looking for Macey Brooks at the lower left corner of the end zone. But Brooks never had a chance at the ball, not with Monty Montgomery hanging all over him.

The pass interference call put the Bears at the 4, but a penalty and a run for a loss pushed them back to the Colts 12. McNown had two chances at the end zone, but Brooks caught one of the passes out of bounds and McNown's next throw was incomplete.

Brooks had one of the best performances of the night, catching five passes for 51 yards.

"I know I'll certainly make some strides this week," McNown said. "I feel like I'm getting a better grasp."

As for the rest of the quarterbacks, they're still grasping. Peyton Manning looked more like the quarterback who threw 11 interceptions in his first four games than the one who set all kinds of NFL rookie records. He was 6-of-11 for 47 yards with one interception.

The interception was an ugly one, too, landing right in Tom Carter's hands.

"You'd like to go down the field bam, bam, bam," Manning said. "But we made mistakes. It's a sign of growing. They missed some passes, but I missed some throws as well."

Backup Kelly Holcomb led the Colts' two scoring drives, which Vanderjagt capped with field goals of 35 and 28 yards. But Holcomb was 5-of-15 for 60 yards.

"I don't think either of the backup quarterbacks distinguished themselves," coach Jim Mora said. "Peyton didn't play well, either."

Shane Matthews played the entire first half for the Bears, going 8-of-18 for 110 yards. He threw no interceptions, but he was sacked twice for a loss of 11 yards. Jim Miller fared the best of the Bears quarterbacks, going 8-of-9 for 77 yards.

Though McNown probably won't start next week's game, his playing time will increase. The more he plays and the more pressure he sees the better Jauron thinks he's going to get.

"I think some guy welcomed me to the NFL," McNown said of the trash-talk he heard from the Colts. "But I reminded him it was the preseason. So he wasn't allowed to welcome me."