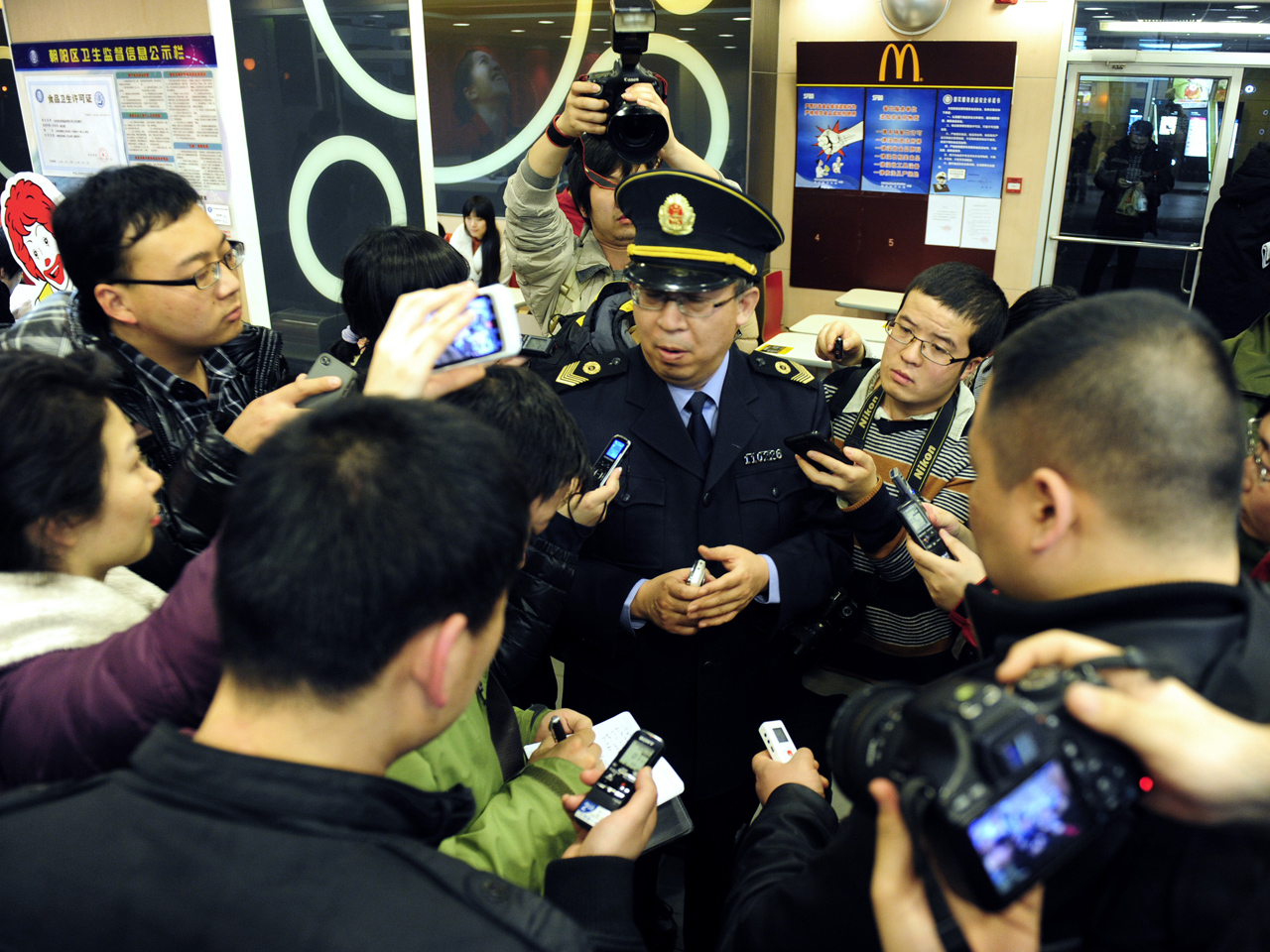 McDonald's Corp. and Carrefour Inc. issued public apologies Friday and said they were investigating the report by China Central Television.

China is McDonald's third-biggest market, with over 1,400 stores throughout the country, according to Reuters.

The report Thursday said a McDonald's restaurant in Beijing sold chicken wings 90 minutes after they were cooked while the company's rules set a 30-minute limit. The McDonald's store in question was shuttered temporarily, Reuters reports. It said employees at a Carrefour store in the central city of Zhengzhou changed expiration dates on some chicken and sold regular chickens as more expensive free-range birds.

Food safety is a sensitive issue in China, which has been rocked by scandals ranging from deadly infant formula to chemical-laced pork and recycled restaurant oil.

"McDonald's China attaches great importance to this. We will immediately investigate this isolated incident, resolutely deal with it earnestly and take concrete actions to apologize to consumers," said a statement by the U.S.-based restaurant chain on its website.

Employees who answered the phone at McDonald's China headquarters in Shanghai said a spokeswoman was not available and declined to give any other details.

Carrefour, based in Paris, said it was setting up a team to investigate and would cooperate with Chinese authorities.

"We will further enhance the training and take measures to ensure to earnestly implement the relevant provisions to safeguard the interests of consumers," said a statement on the website of Carrefour's China unit.

Last year, U.S. retailer Walmart Stores Inc. was fined by authorities in the southwestern city and 13 stores were ordered to close for two weeks on charges of passing off regular pork as higher-priced organic meat.