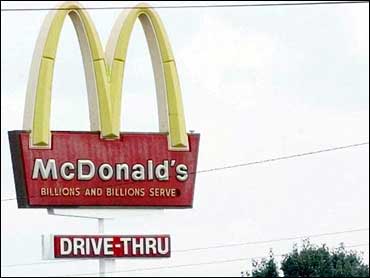 McDonald's Corp. has agreed to donate $10 million to Hindu and other groups to settle lawsuits filed against the chain for mislabeling french fries and hash browns as vegetarian.

McDonald's also posted an apology on its Web site, acknowledging that mistakes were made in communicating to customers and the public about the ingredients in the fries and hash browns. The vegetable oil used to prepare the fries and hash browns was not pure, but contained essence of beef for flavoring purposes. Many Hindus consider cows sacred and do not eat beef.

"We regret we did not provide these customers with complete information, and we sincerely apologize for any hardship that these miscommunications have caused among Hindus, vegetarians and others," the company said in an apology posted June 1 on the Web site. "We should have done a better job in these areas, and we're committed to doing a better job in the future."

McDonald's says it has created a Dietary Practice/Vegetarian Advisory Panel consisting of experts in consumer dietary practices that will advise McDonald's on relevant dietary restrictions and guidelines.

Under the agreement, the 11 named plaintiffs will each receive $4,000, according to Bharti. The public can comment on the agreement until July 8, and Siebel is scheduled to make his final ruling on Aug. 22.

"The apology and disclosure was most important for the clients and the class," Bharti said. "My hope is when all other fast food chains see what McDonald's has done, they will have to follow suit. I want to start a chain reaction of disclosure."

McDonald's spokeswoman Anna Rozenich said the money the company will be paying out will go to organizations that deal with issues closely linked to concerns raised by the consumers.

"We are pleased to put this behind us," Rozenich said.

McDonald's was first sued over the fries in Seattle last year by three vegetarians, including two Hindus who don't eat meat for religious reasons. Lawsuits were subsequently filed in Illinois, California, New Jersey and Texas.

The lawsuits were filed on behalf of any vegetarian who ate McDonald's fries after 1990. That was the year the company announced its restaurants would no longer use beef fat to cook fries and that only pure vegetable oil would be used.

The Oak Brook, Illinois-based fast-food giant responded to the lawsuits by saying it never claimed the fries it sells in the United States are vegetarian. But the company apologized for any confusion surrounding the use of beef flavoring in the production of fries.