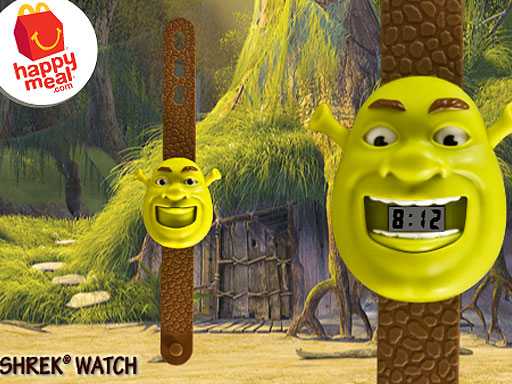 (CBS) McDonald's should stop toying around with kids' health.

That's the message from a consumer group that is threatening to sue McDonald's if they don't stop using toys to lure kids into eating fatty food.

"This advertising is unfair to kids and to parents who are put in the position of constantly telling their kids no," Michael Jacobson, executive director of the Center for Science in the Public Interest (CSPI), which is threatening the suit, told CBS News.

"The meals range from mediocre to miserable," he said. "The calories range from moderate to high. Sodium is typically excessive, especially in the cheeseburgers and the fries, where a child is getting 3/4 of their daily intake."

Childhood obesity has more than tripled in the last 30 years, according to the Centers for Disease Control. Seventy percent of obese children have at least on risk factor for cardiovascular disease, they say, and are at "greater risk for bone and joint problems, sleep apnea, and social and psychological problems such as stigmatization and poor self-esteem."

But McDonald's says they aren't the problem.

"We are proud of our Happy Meal which gives our customers wholesome food and toys of the highest quality and safety," William Whitman, McDonald's Vice President of Communication, said. "Getting a toy is just one part of a fun, family experience at McDonald's."

McDonald's also points out that they are now using Shrek themed promotions to convince kids to make healthier choices. "Almost half of Happy Meals sold worldwide include a fruit, vegetable, milk, juice or water option," the company said in a press release.

CSPI says they tried to convince McDonald's to limit toy marketing to only healthy meals, but the golden arches shot them down.

"We have found that companies only really negotiate if they are threatened with a lawsuit or actually sued," Jacobson said. "We are hoping McDonald's will negotiate with us and come up with some kind of resolution."

Jacobsen also said McDonald's was just a test run. If their strategy works, other fast food chains can expect a knock on their door.