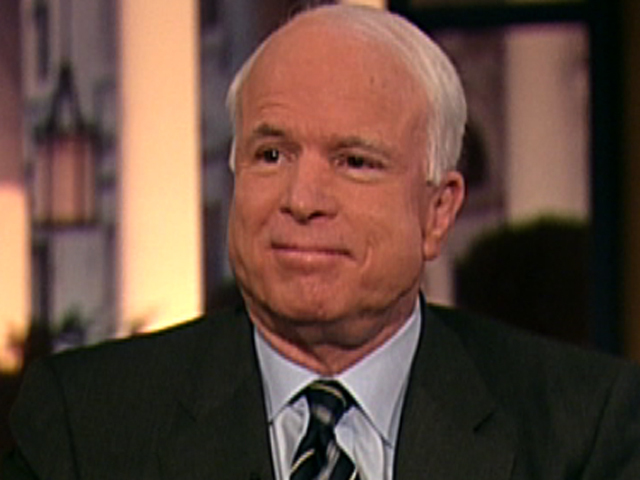 "Nothing in these tax returns showed that he did not pay taxes," McCain said in an interview on the Nevada program "Face to Face" with reporter Jon Ralston.

McCain said he did not review all of Romney's tax returns himself, but he said that Senate Majority Leader Harry Reid was wrong to suggest that Romney avoided paying taxes in years past.

About two weeks ago, Reid said in an interview that a source from Bain Capital, the private equity firm Romney founded, told him that Romney "didn't pay any taxes for 10 years." The majority leader has come under fire for fueling speculation about Romney's tax returns that he can't prove, but Reid has stood by his source, calling him "extremely credible."

In the "Face to Face" interview, Republican Sen. Lindsey Graham said that Reid was simply lying about the presumed GOP candidate.

"I think he's making it up, he's trying to interject himself in the presidential campaign using the floor of the Senate in a way no one else has done in the history of the Senate," he said.

Republican Sen. Kelly Ayotte similarly said called Reid's charges "sad and disappointing" and said that if Reid had a credible source, he would have revealed the source by this point.

The three GOP senators were in Nevada as part of a cross-country tour to bring awareness to the significant budget cuts slated to hit the Defense Department next year.

While Reid has yet to reveal his source at Bain, Romney has yet to release any tax returns that would put the matter to rest. The presumed GOP candidate has released his 2010 tax returns and an estimate for his 2011 taxes. Romney has argued that if he released more, Democrats would use them against him in a misleading way.